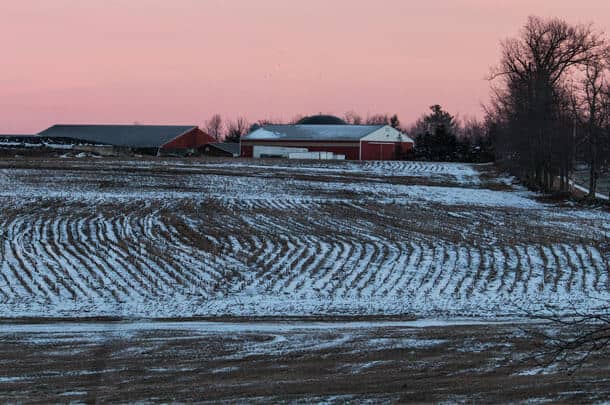 This past July, Canadians everywhere celebrated the 150th anniversary of their noble and prosperous country. However, there is something else that Canadians celebrate each and every year, and that is their tried and true ability to battle the winter weather. As the snowy season of 2017-2018 slowly approaches, people across North America are beginning to get their minds, bodies and homes ready for the winter. From the barren plains to the mountainous coasts, it seems that winter predictions aren’t phasing America’s neighbors to the north.

Farmer’s Almanac and their Predictions

When it comes to taking a glimpse into the future, many turn to the famous Farmer’s Almanac for their predictions. While the book began in the 1700’s as a way of helping local farmers with their planting schedules, tide tables and weather forecasts, it has since become a sort of old wive’s tale in contrast to modern technology. With a prediction of alarmingly chilling temperatures and blustery days galore, Canadians stand firm that mother nature is no match for them this winter, or any other.

Canadian native, Michael Johnstone, says, “Mild, wet, snowy or cold. It doesn’t really matter to us. Whether it’s sunshine, sleet or snow, that’s just a regular fall day for us in Winnipeg. In fact, Canadian Governor of Polar Relations spoke with us briefly and had a similar take on the impending snowfall. You know, that’s the thing about Canada. While the world may laugh at us, we laugh at them come winter time. We’ve spent generations perfecting the best ways to shovel, blow, remove and battle the snowfall. In fact, recent changes in the Canadian School Board have voted to make Snow Removal. A mandatory course for all college and university degree programs. We look at it as an investment in our future generations. So they can carry on our infamous skill-sets the our grandparents created to survive Canadian winters, said the Governor.

So what makes Canadians so sure they have what it takes? Could it be a naive outlook? A comfort we gain only from living amongst the Toronto tundra? Turns out, the majoring defining factor in the battle of the blizzards is technology. No, we’re not talking about a faster way to bake Tim Bits. We mean modern Smartphone technology to help you take on the snowfall. Winter Technology Specialist, Steve Armstrong, says that grabbing winter by the horns early on in the year is the best chance of survival in the northern country. Armstrong went on to say, “By having your snow-removal services locked in before the thunderous squalls come crashing down, Canadians can focus their energy on the more important things, such as the Stanley Cup playoffs and Roll-Up-The-Rim season”.

What’s the catch? Nothing! With up-to-date technology and a tap on your smartphone, you too can have peace of mind this winter, as well as dry feet. “We really need to look at Eden Hybrid as the newest way of surviving in Canada”, says Armstrong, “Without it’s ability to automate snow removal, we can’t imagine the amount of winter distress our citizens would be in. This could be the revolutionary technology we’ve been waiting on since invention of the curved hockey stick.”