Edenapp / Don’t use Vinegar as a Weed Killer: Here’s Why? 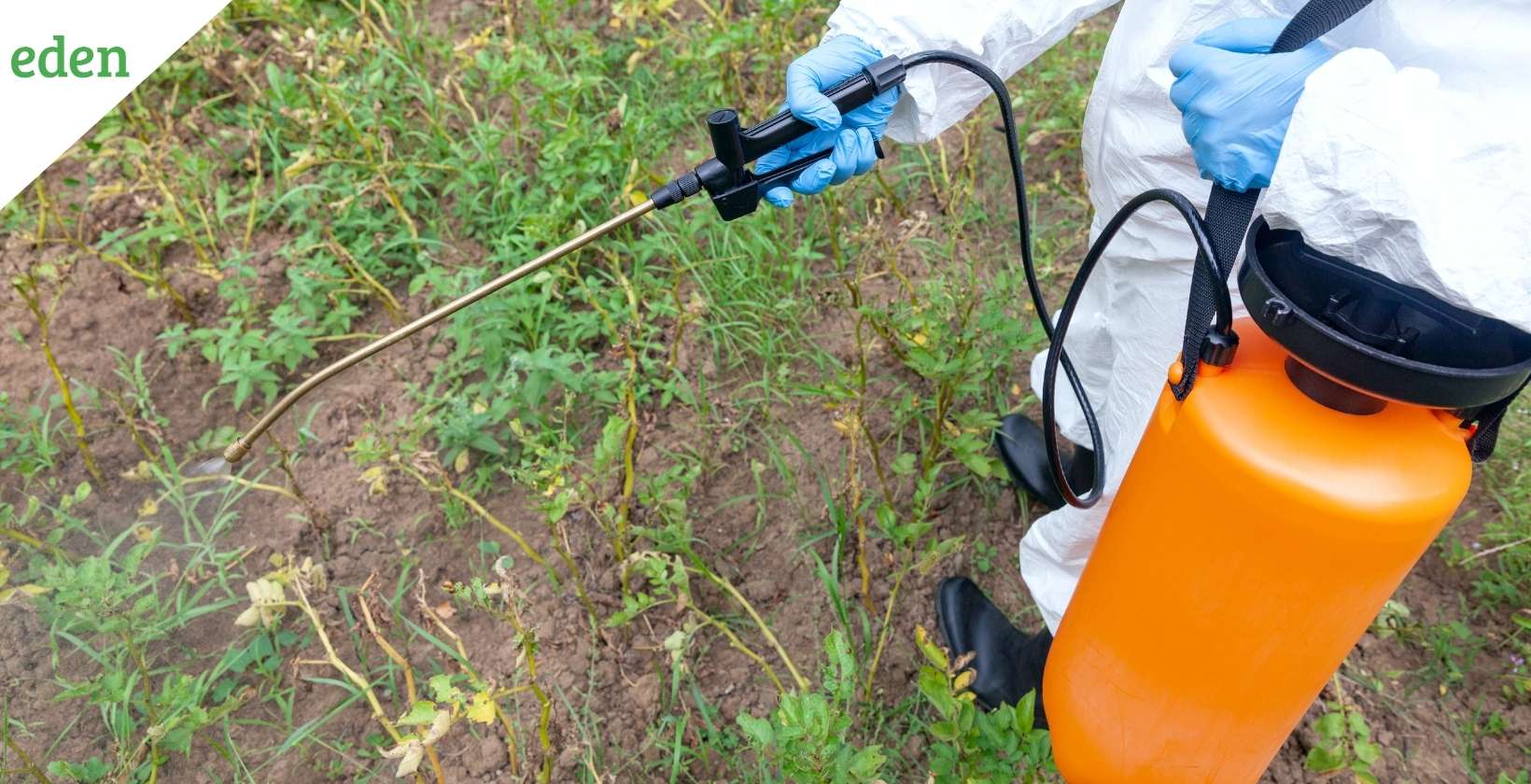 Don’t use Vinegar as a Weed Killer: Here’s Why?

It is always a bad idea to use vinegar as a weed killer. It is not recommended for long term use. Spraying it too often may develop a good salt build-up, but these prove less effective against the weeds. Eden does not suggest using it for the short term as using it for a long may not give you the desired results.

A home based remedy like killing weed with vinegar In your lawn care may appear a good idea. However, homeowners fail to yield positive results while using it as a weed killer. This is because we can find many vinegar based herbicides, which makes many homeowners apply vinegar from their kitchens on their lawns.

Using vinegar in the lawns as a weed killer is popular among homeowners as they find it environment friendly option. Organic gardeners find it a safe, simple, natural recipe for killing weeds. The article discusses what goes wrong when we use vinegar as a weed killer.

Why No Scientific Evidence for it?

Despite the common use of vinegar herbicide in the yards, there is barely any scientific evidence or trials that showcases the versatility of using the kitchen based vinegar for killing weeds. Garden experts and scientists have even warned of the dangerous repercussions of using vinegar in any garden. Perhaps this should act as a red flag for the homeowners who use vinegar as a weed killer.

Only the environment friendly communities and blogs vouch for the use by promoting their personal testimonies. Unfortunately, this has only added a misleading buzz around kitchen vinegar as a weed killer. Looking beyond these personal success stories of the kitchen, we can only find mixed results for using it in your yard to get rid of weeds. In a nutshell, you can find both the pros and cons; however, the demerits are more than the merits. We will now look at the pros and cons.

The Pros and Cons of Using Vinegar

Using vinegar as a weed killer has both pros and cons. However, the pros are lesser than the cons, have a look as under:

The above list of cons applies to horticultural vinegar pesticides (these carry 20 percent of acetic acid and corrosive chemicals meant to kill weeds). These are stronger than any kitchen-based vinegar (apple or white vinegar).

Why Vinegar Weed Killers Can Be Dangerous?

Generally, vinegar is categorized as a natural or organic weed killer. So, it lures many people to believe its use is safe. However, the opposite is true as it is a corrosive substance. It is acetic acid (the chemical that kills weeds). It comes with several risks.

It can cause severe burns and even permanent damage to your skin tissues. If it comes in contact with human eyes, it can cause blindness. The kitchen vinegar is available with a 5 percent concentration, which makes it ineffective. However, to get good weed killing results, you need 20 percent concentration. With this, you will be dealing with some real time chemicals.

The higher horticultural concentrations often have similar warnings on their package. Only the trained people are competent to handle it. Experts suggest that any newbie homeowner should avoid using the high concentration as it has several risks.

Using the kitchen vinegar with 5 percent concentration is safe as it does not cause any burn or other side effect. However, with such a low concentration level, it will not have any killing effect on the weeds. Thus it is recommended to wear goggles and proper dress when you use horticultural vinegar. You already know the risks associated with vinegar.

Can you still use vinegar?

You can make homemade vinegar that can work as a weed killer. As per experts, kitchen vinegar can work in some specific capacity. However, it can work only with a few weeds and within limits. Vinegar as a weed killer can only work if you know how to use it properly. You have to try repeated sprays. But at the same time, you should know what potential problems you can face while using it, like a weed killer in your yards.

You should know the correct ratio, which is around 5 percent in one gallon of vinegar. Mix it with one cup of salt with one tablespoon of dish soap. Make sure you put the emphasis on the salt, making it work even in the low concentration against the weeds. Also, you have to use it in proper weather conditions. Dry and warm weather on a sunny day is perfect for spraying a bottle of vinegar by carefully targeting the weeds.

You may choose to use vinegar as a weed killer in your garden, but it comes with a warning. You know it is harmful to humans and animals, while it has a few adverse effects on the surroundings. Lastly, using vinegar for effective results requires frequent application, making it practically impossible for homeowners to try.

Vinegar could be a popular choice for organic gardeners and homeowners, but it is not a natural and safe option to kill weeds. We can have much better and natural alternatives to vinegar. There are a few weed killers that are both organic and chemical free. Mixing vinegar with dishwashing soda and table salt can work against weeds. Yet experts suggest to be a little conscious while using it to kill weeds in your yard.

In the end, using vinegar in your backyard or lawn is terrible for many reasons. Thus the common notions that it is easy, simple and effective against weed should go away. Instead, you can pull the weeds with your hand if you are looking for a much better organic method. Or consult Eden for professional help.