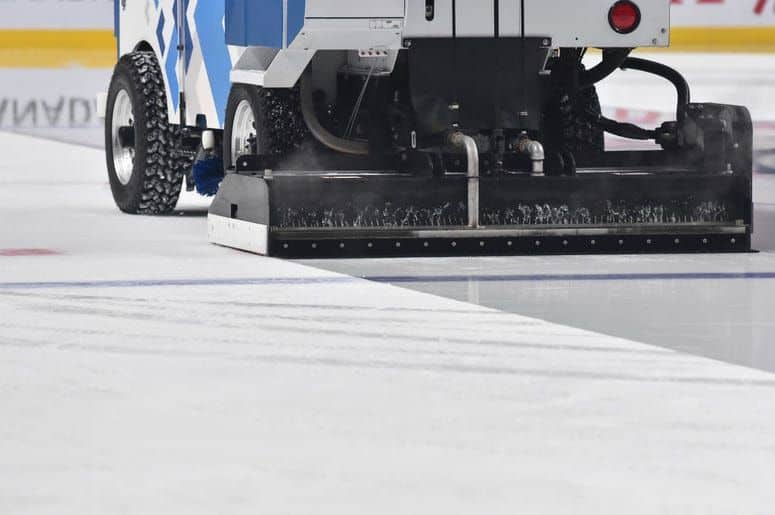 Fastest Zamboni On The Market: Does Speed Really Matter?

At every rink across North America and in Europe, the hardest working machine is the Zamboni. It moves back and forth on the ice in an even pattern to produce a clear, clean surface. Whether it is for a local hockey game or an ISU skating Championship, a lot rides on the ability of the Zamboni to perform its tasks. This is true, even when the Zamboni in question is not made by Zamboni.

The first inventor of a machine capable of resurfacing the ice was Frank Joseph Zamboni Jr. (1901-1988). The year was 1949. He had been working on it a few years before arriving at the right model. This was the now-famous “Model A Zamboni Ice Resurfacer” and he used it successfully to clear the surface of the large rink called Iceland, he and his brother Lawrence owned in Paramount CA.

The work spawned a company that still operates today. Zamboni operates out of Paramount, CA. It improved its models, introducing diverse series until, today, it produces the Zamboni Model 500. It has also expanded its locations. The company now has 2 branches in Canada and one in Sweden. The latter handles its European market.

Zamboni offers both electric-powered and fueled ice-surfacing machines. The focus is on maneuverability and re-surfacing capabilities. Speed does not seem to play a significant role in their marketing, although, according to several sources, a road test instituted by Road & Track magazine found the top speed of the Zamboni Model 500 to be 9.7 mph. It is unclear as to whether their latest Model, the Zamboni 650, is faster.

While Zamboni is the official ice surfacing machine for the NHL. It is also the major producer of Zambonis since it has patented the name. However, ice resurfacing machines are not the sole property of this company. While Zamboni does have the edge on this market segment, it is not alone. Among the companies who produce them are:

· Resurfice Corporation (Elmira, Ontario): This Canadian company began to produce several models of ice re-surfacers under the name of Olympia. They offer both fuel-powered and electric models. An example of the latter is the IceBear. Innovations have little to do with speed and everything with ice resurfacing. They include fuel efficiencies and environmentally friendly systems.

· ICETECH Machines (Terrebonne, Québec) manufactures both combustion and electric ice resurfacers. One such product is the Okay 3500. The company stresses maneuverability and other mechanical capabilities that provide drivers with the tools to produce high-quality ice surfaces.

Whatever the model, a Zamboni or ice resurfacing driver gets both attention from the crowds and respect from hockey players and other skaters. It is also essential for keeping the ice surface at its optimum. It is not an easy machine to drive, and it takes time to master them. At the Pyeong Olympic Games in 2018, Don Moffatt, the chief ice technician, had driven them for 31 years. For those who do, steady and careful driving is important. Experience increases the skill, and those who have done it with regularity know if you drive too fast, and you can botch the ice, not repair it.

The Best Zamboni on the Market

In the end, it does not matter how fast a Zamboni is. According to various experts, including Zamboni drivers, what matters is quality. The purpose of a Zamboni is to smoothly and cleanly clear and polish the ice. To do this does not require speed but a machine that produces a high-quality ice surface.