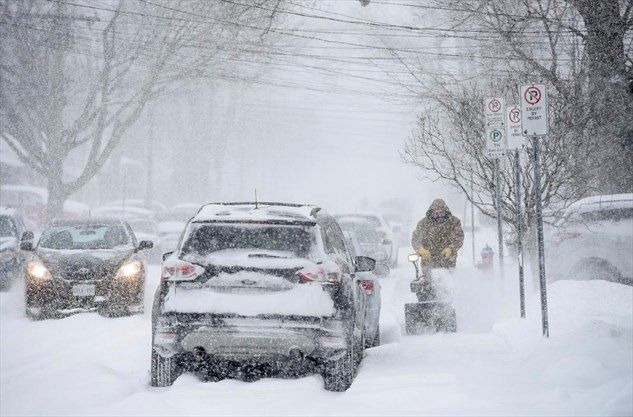 Hamilton, once known as the Birmingham of Canada, no longer solely relies on the iron and steel industry to keep its workers employed. Located on the western end of Lake Ontario, it is home to McMaster University with its associated medical program as well the Canadian Football Hall of Fame and Museum. While it does not have an NHL team, it does boast a CFL one – the Hamilton Tiger Cats. Dundurn Castle – a mansion built in 1835 for politician Sir Allan Napier MacNab, the Royal Botanical Gardens and the Art Gallery of Hamilton are all reasons why people visit and even move here. The City is also home to an interesting museum dedicated completely to Hamilton’s workers and their heritage. This is the Hamilton Workers Arts and Heritage Centre.

Hamilton receives its fair share of snow from November to March. However, it is not unusual for snow to fall as early as October or as late as May. The months of January and February tend to see the most snow with an average ranging from 2.9 inches to 12.8 a month. The average monthly total is 46.5 inches. However, some years have seen exceptional daily, and monthly amounts of snow hit the ground. This included a memorable November 10, 1921, when almost 12 inches fell in a single day

In Hamilton, the current ordinances are very specific. Comparable to those found in other Ontario cities, including Cambridge, Waterloo, and Kitchener, the City splits snow removal responsibilities into two components. These are the City’s and the homeowner/manager/resident/business. According to the City Ordinance – By-Law #03-296, Hamilton’s Public Works Department is responsible for the clearance of

1. All major arterial roads and access to the escarpment: This is to be done within 4 hours after a snow event or a series of snow events

2. Primary collector roads: To be completely bare 8 hours after a snow event

3. Secondary collector roads and steep residential hills will have a bare center within8 hrs

Both rural and residential roads fall well without this time frame. They will be cleared at most 24 hours following the stop of the snowfall.

As for residential sidewalks – homeowners must remove all snow and ice within 24-hours of the snow events ceasing. This includes those that abut highways and vacant lots. It also means all snow from the roof that may overhang a sidewalk or roadway must also be removed.

In performing these tasks, the responsible person must not:

1. Place the snow adjacent to a fire hydrant, therefore hiding or obstructing it

2. Place it in the roadway in such a manner as to interfere with the safe passage of vehicles and pedestrians

3. Put it where it may obstruct any type of drainage

Failing to comply with the snow removal by-law can result in fines. The City will charge you for the cost of removing the snow. If you chose not to pay, they may add it to your taxes. The average fine laid in January 2019 – when 62 charges were laid, was $325.

Keeping on top of the snow and ice is not always easy. For many, even with access to a snowblower or a lawn mower snow plow may not prevent the risk of getting fined. Whether for health reasons, property absenteeism, vacations, or age, Hamilton City’s expectations under the snow removal ordinance may be unattainable without outside intervention. While neighbors and volunteer snow angels may be sufficient in some cases, in others, they are not.

For reliability, it is impossible to beat a professional ice and snow removal service.  To find one in your region, whether it is Hamilton Ontario, Columbus OH, or Boston MA, simply locate a third-party app such as Edenapp on Apple, Android, or edenapp.com. This then allows you to source a snow removal service that addresses your specific needs and requirements.