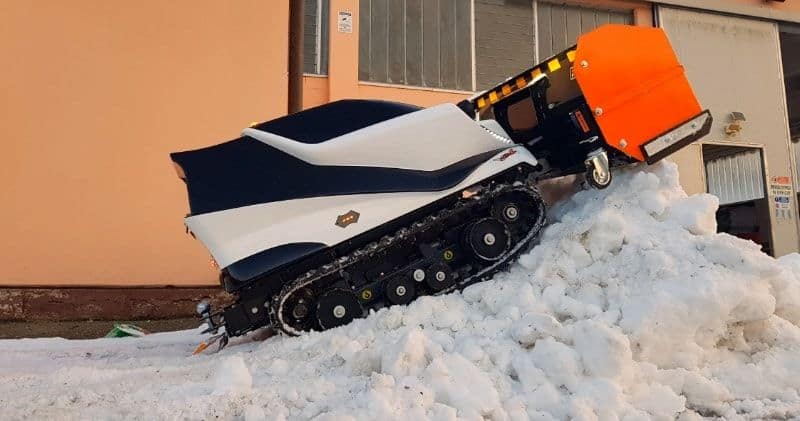 Winter has always been a worthy opponent for the snow removal industry. Every year, residents find some new gadgets to help them wage war against the snow and ice that impedes or at least infringes on their lives. Contractors also join in the fray. Both look to the latest snow removal technology to help them win.

Every year, people face the issue of snow removal, and every year, companies produce a gadget or gizmo said to help reduce the cost in time, energy, money, and stress that is related to snow removal. Winter can be unpredictable, and predictive technology is not always right. However, certain devices can help companies and municipalities, as well as residents, with what is happening to snow removal or on the routes they need to take.

Many municipalities in Canada and the United States now have apps and maps. Residents can download them or visit them on their phones or other personal devices to see how the snow removal is proceeding. Such devices provide information on the progression of the snow plows. For example, Guelph Ontario has posted on their municipal website a plow tracker, as does the City of Ann Arbor MI and the State of Nebraska.

Such digital technology is also characteristic of the many snow removal third-party services available from Apple, Android, and Edenapp.com, to name a few. They allow home and business owners to use them to locate an apt snow removal professional near them. The same technology also informs those who have the service when their driveways or sidewalks are scheduled for or are actually being cleared. These types of services are handy for those who want to accomplish snow plowing and de-icing without getting up out of a chair at the office or at home.

The same can be said for the latest developments in actual snow removal technology. While heated pavements and new de-icers are great developments, many people are looking at the latest wave of robotics. These fall into two categories:

· Small remote-controlled devices operated from inside the home

· Large autonomous robots or droids capable of clearing a large amount of snow, including city sidewalks and airport runways

In the former category are Kobi, a snow blower. It begins to clear away the snow as soon as it starts to fall. It operates on its own, but you can also choose to control it by using your smartphone. What is also an added benefit is the non-seasonality of Kobi. Unlike your snow blower, Kobi mows lawns and acts as a leaf-blower.

Another easily controlled robot is the Snowbot. Created by Hanyang Robotics. It, too, is a snow blower, easily cleaning heavy snow from your sidewalks, driveways, and paths. Like Kobi, it can perform these tasks on its own. However, in a similar fashion, you can monitor and control its actions using an app for both Android and iOS devices.

For cities and commercial snow plow companies, larger robotic devices are also available e.g. Snowbot Pro.  They come with GPS, video cameras, and related technology. The result is large and effective autonomous snow removal equipment. Some are designed to tackle sidewalks; others clear off runways.

Technology continues to dominate and change all aspects of today. In the snow removal industry, hand-held devices continue to provide the means of controlling large and small robotic snow removal equipment. From the small robots that act as snow blowers for residential driveways to the large, autonomous Mercedes-Benz Arocs and Yetis that clear the way for planes, the face of snow removal is constantly changing because of technology.