Edenapp / Snow Removal In Milwaukee WI: Who Is Responsible For What? 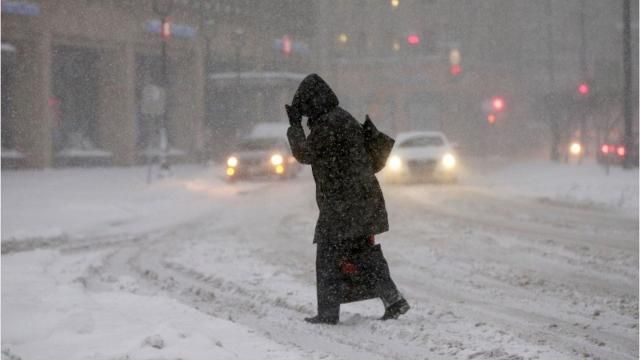 Snow Removal In Milwaukee WI: Who Is Responsible For What?

In 2018, The City of Milwaukee WI received an award for its snow removal prowess from the American Public Works’ Association. This was the 2018 Excellence in Snow and Ice Control Award. It clearly demonstrates this American city’s ability to handle whatever winter can throw at it. In fact, the city has clear delineations on who manages what when a snow event occurs.

Milwaukee has provisions within its ordinances as to who is to take care of what during and following a snowstorm. Different departments of the City are responsible for certain public spaces.

· Public Sidewalks and Crosswalks: This falls under the jurisdiction of Sanitation. They clear sidewalks following a snowfall of a minimum of 4 inches. This occurs only after the streets are free from snow and may take almost 3 days to accomplish

· Bus Stops: After plowing and usually a night, the Street Maintenance Section of DPW Infrastructure Services Division addresses the snow situation at a designated 4,200 bus landings; however, they do not touch the county’s bus stop shelters

· City-Owned Buildings: The removal of ice and snow from these sidewalks rests on the department that operates from the building. However, the complex of buildings owned and operated by City Hall is maintained by the staff of the city’s Department of Public Works.

· City-Owned Parking Lots: These are under the control of Parking Services. This department uses private contractors for clearing not only the lot but also its adjacent sidewalks

· Bridges/Overpasses: Sidewalks abutting railroad and other bridges fall under Sanitation Services. In addition, many City bridges and overpasses are the responsibility of the Infrastructure Services Division or the Sanitation Services

Overall, the maintenance of Milwaukee’s 7,000 lane miles of streets falls under the control of the Department of Public Works – Operations Division. The director of this division co-ordinates the staff of the other departments involved, notably the following four:

When it comes to private property, including both commercial and residential, these parties are responsible for the following:

1. Clearing from snow and ice all the sidewalks adjoining their property, including related corner crosswalk areas

2. This must be finished no more than 24 hours after snow cessation

3. Piling the snow responsibly. This means either on their OWN yard or onto the strip of land located between the sidewalk and the curb. Dumping snow into the street or on the sidewalk is not permitted

Failure for property owners to comply with the ordinances may result in the assessment of a fine. Initially, the Department of Public Works issues a notice together with a “special charge of $50.” Following citation, the property owner must remove the snow and ice. If s/he does not do so prior to the arrival of the abatement contractor arrives, the city then can lay additional special charges. These are $75 for the first violation and $100 for the second.  In addition, under City Ordinance 116-8, Milwaukee requires the offender to pay for the snow removal services the City must now carry out on this property. Residents can appeal this decision.

Exceptions are made for the elderly and disabled. They are able to apply for special assistance. However, these do not come without a cost. The city charges for each event.

When it comes to snow removal, Milwaukee has in place a clearly defined plan. It operates, if the award is any indication, as a cohesive and efficient machine. The responsibilities for each department and citizen are clearly defined in the local ordinance. So, too are the fines. While the disabled and elderly have some help, this may not be sufficient. Since it is an application process, it may not be of use to the majority. Instead, it may be easier if those who need the help could call on volunteer snow angels. Another option is to arrange for snow plow and other ice and snow removal services through a third-party service such as Edenapp. By looking at what it offers on Android or Apple or directly on Edenapp.com, it is possible to quickly, efficiently, and effectively take care of the problems caused by snow and ice.