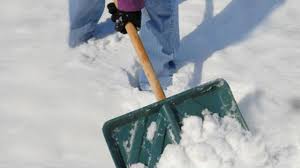 Torontois a large urban center. Its population continues to rise. In 2020, it remains a city with a low crime rate, clean streets, and a blend of the old “Toronto the Good” with Toronto the Cosmopolitan. Its transportation system combines reliance on cars with buses, streetcars, and subways. There are even designated bike routes.

In summer, tourists flock to attend the many cultural and sporting events. Toronto is home to the NBA Champions the Raptors as well as the Royal Ontario Museum, the Art Gallery of Ontario, the NHL Toronto Maple Leafs, the MLB Blue Jays and the Toronto FC. Concerts, theatrical events, and regular performances by the Toronto Symphony Orchestra and National Ballet Company have their own attraction. Overall, it is a popular place to both live and work.

While buying a house in Toronto may be costly, many consider it well worth the price. Priceless areas include the Beaches and the Bridal Path. Yet, whether you choose to live in the downtown area or in the suburbs, when the snow falls, as a resident, you have certain responsibilities. These are governed by the City’s snow removal ordinances.

Anytime from October until April or even May,snow can fall in Toronto. On average, it receives 47.8 in (121.5 cm). In 2019, it topped this with 64” (163.5 cm). This is a sufficient amount of snow to remove. As a result, snow plow trucks and deicers are on the roads. Smaller versions clear the sidewalks. However, according to specific bylaws and ordinances, homeowners play a role in making certain the sidewalks are safe. To prevent fines and other censures, it is important to know where and under what circumstances the bylaws apply.

The City has certain responsibilities.

*The City does not clear sidewalks if it cannot do so mechanically. In other words, if the sidewalk is somehow not able to accommodate the City’s snow removal device, you will be responsible for removing it using whatever equipment is available within 12 hours of the end of the snowfall event

Many parts of the City fall under this newer bylaw. Those mainly affected are:

If you live in a part of the city that falls under the above bylaw, be sure to have a snow shovel, ATV or UTV snowplow, snowblower, or miniature snow plow tractor. This will help you meet all your requirements by removing the snow after it falls. Applying one or another type of ice melts is also helpful. This is one means of avoiding finesthat can range from approximately $125 to $575 CDN.  Alternatively, consider using a third-party service, such as Edenapp. Learn more about his app from the Apple Store and/or Android. You can visit https://edenapp.com/to find support for those days when you are not able to use a shovel or snow blower, let alone a lawn mower snow plow.