Edenapp / The Advantages Of Using A Skid Steer For Snow Removal 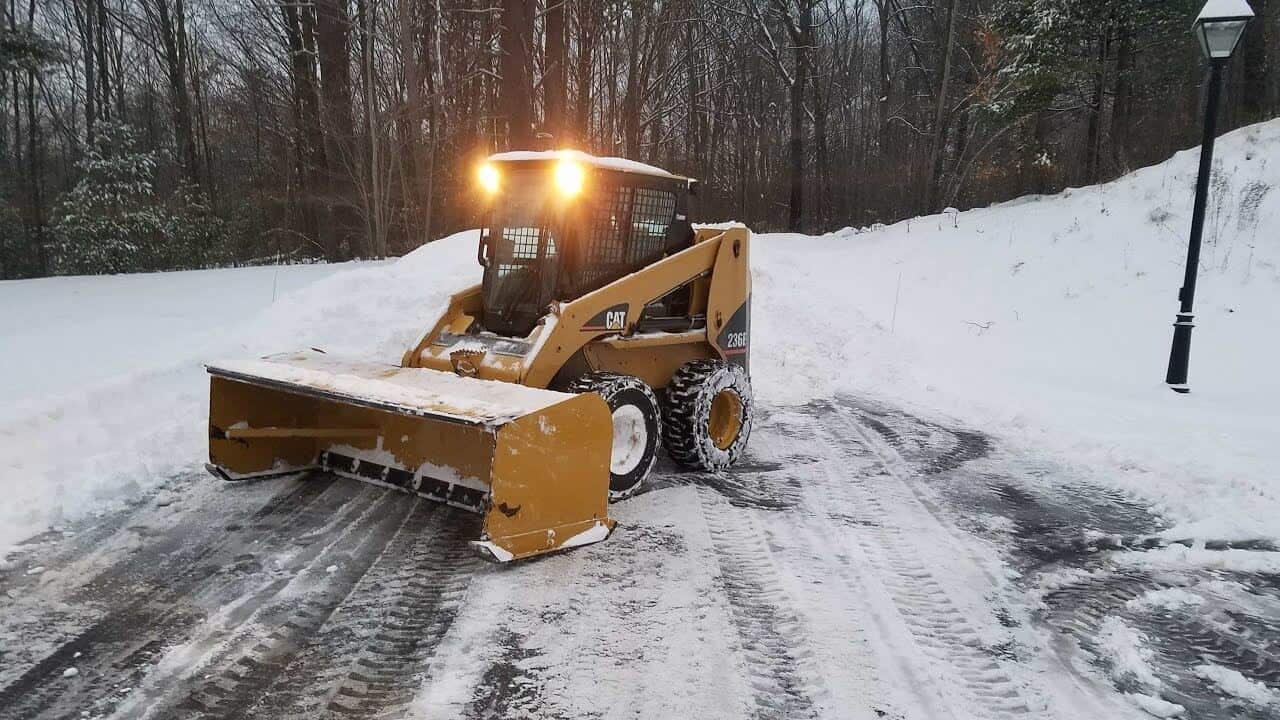 The Advantages Of Using A Skid Steer For Snow Removal

Common on construction sites, a skid steer is a compact piece of equipment commonly employed to remove debris or other materials. It may also be used by landscapers and others to dig trenches or post holes. A distinguishing feature for some is the size of the wheels, with the front and rear axles of each side are locked into place. Alternatively, some skid steers operate using a two-track system.

Skid steers are available from a number of manufacturers. Among those available in North America are Kubota, Bobcat, Caterpillar, John Deere, Case Construction, New Holland, Komatsu, and Terex. They come in different sizes and weights. The smaller ones are often referred to as compact.

Skid steers can do more than perform jobs in the summer and fall. They are capable of performing tasks outside of the traditional landscaping, hole-digging construction types. A skid steer can take on winter. With a snow removal attachment e.g. a snow blower, it can help reduce the time, energy, and stress caused by physically having to remove snow from sidewalks and even driveways.

All it takes to turn your skid steer into a snow removal machine is an attachment. Snow blowers are the perfect addition. You do have to make certain, however, that the two pieces of equipment – the skid steer and the snow blower, are compatible. Some companies, such as Bobcat, manufacture snow blowers specifically for their machines while Case and Caterpillar have several including snow buckets, snow blades, and snow pushes.

There are several advantages to using a skid steer instead of, say, a garden tractor. A skid steer snow plow can be very useful. It:

· Provides excellent control of the process of snow removal

· Is capable of handling various surfaces and terrain

What is also important is its versatility. You can use the skid steer with the right attachments throughout the year. Unlike an autonomous snow blower or snow plow, your skid steer does not have to sit out certain seasons in the garage. It can work for you all year round.

For those who do not want to battle winter’s snow with a shovel or a hand-pushed snow blower, options do exist. While some may simply attach a snow blower or plow to a garden tractor or lawnmower, others make the decision to go bigger, faster, and more versatile. They purchase a skid steer and add whatever attachments they need. Snow plows and snow blowers turn a skid steer into a mean, lean snow moving machine.

However, if the amount of snow or if the lack of regularity with which it falls cannot justify the cost, you are better off to consider one of two paths. If you really want to have a skid steer for winter use, rent one. Another option is to use a third-party service such as Edenapp – available online from Android, Apple, and edenap.com, to locate a snow removal contractor that uses skid steers to remove snow. This way, you can enjoy the whole affair vicariously.

Snow removal companies are needed during winter to clear the road, most of the accidents happen on this time of the year.