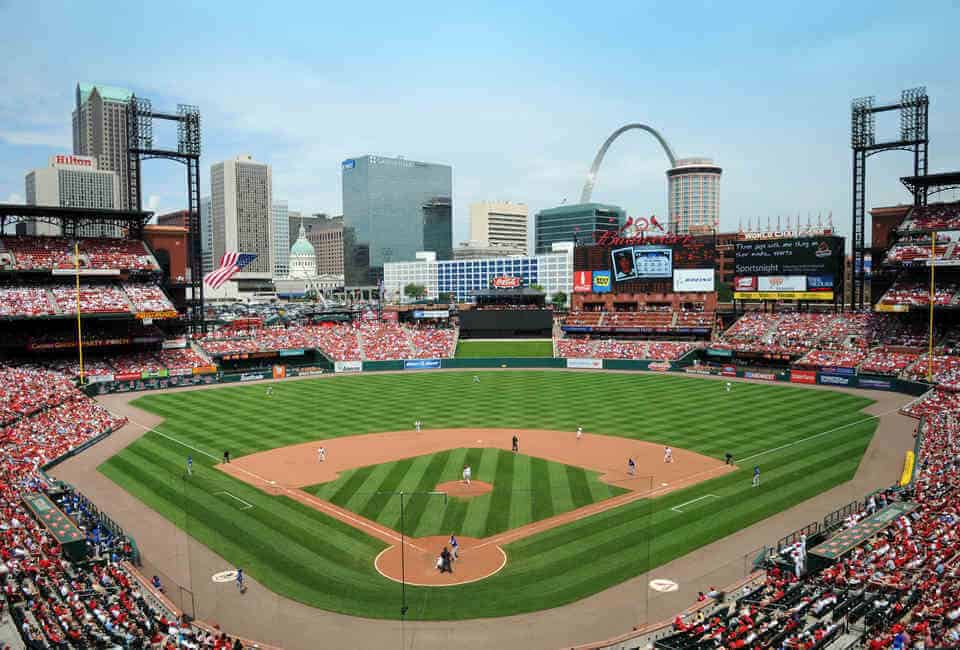 Baseball – the American pastime. The smell of hot dogs and beer blends with that of fresh-cut grass. It has not always been this way. For several years, the major league ballparks used artificial turf. However, since 2010, this has changed. A shift began towards all-natural grass playing fields. Once again, players were playing on real turf. It has added to the pleasure of the game for both those who watch and those who play.

Baseball, unlike all other major sports, allows for a variety of field sizes on which to play. As a result, the various-sized playing fields are naturally covered in various types (and combinations of types) of grass.

Since 2010, all but two major league ballparks have been covered with “natural” grass blades – “natural” in quotes because the genuine grass visible is frequently extremely technologically designed – bringing the total number of ballparks covered to an all-time high of 28.

Environmental variables influence the decisions made for each. Warm-climate ballparks employ Bermuda grass variants, whereas cooler-climate ballparks use Kentucky bluegrass, which is considered a cool-season grass because to its cold temperature tolerance.

To assist counterbalance any projected color loss due to heat or cold, ryegrass is put in (by “over seeding” the sod) where needed to keep a field’s grass green.

A field should normally last four to eight years, but summer rock concerts and other offseason events frequently necessitate the replacement of some, if not all, of the field.

While the cost of completely re sodding a field is unknown, major city newspapers have quoted figures of $100,000 to $250,000 when their major league fields are replaced. So replacing all of the grass in the outfield is a lot less expensive than replacing any outfielder.

Favorite ballparks are a personal choice. Emotional attachment plays a large role in selection. The list below tries to avoid this. It lists those with the best grass surface according to not one but several sites. After the top two, the rest are provided in alphabetical order.

1. PNC PARK, Pittsburgh: home for the Pirates, this ballpark, opened in 2001 and is in an ideal location with excellent views of the Alleghany River and the city’s skyline. Its turf consists of Kentucky bluegrass grown in New Jersey. The formula is a mixture that is created and grown at Tuckahoe Turf Farms in New Jersey.

2. ORACLE PARK (formerly AT & T), San Francisco: Opened since 2000, with a capacity of 41,500, this stadium, like PNC Park, this transit-friendly ballpark reflects an urban design and setting. Spectators can see San Francisco Bay, including Bay Bridge, as well as downtown San Francisco. The Giants play on Tifway 419 bermudagrass produced by the Delta Bluegrass Company in Stockton, CA.

Before listing the remaining 7, it should be noted that another ballpark vies for the second spot. This is the famous Wrigley Field.

WRIGLEY FIELD, Chicago: This ballpark dates back to 1914. Today, it is home to the Chicago Cubs who play on Kentucky bluegrass supplied by Graff’s Turf Farms to a crowd that can total 41,072. “The Friendly Confines” is a blast-from-the-past. It defies the new look of stadiums and sticks to what has worked and continues to work for their fans and players.

The next best stadiums with natural turf provided in alphabetical order are:

CAMDEN YARDS/Oriole Park, Baltimore: The park first opened in 1992. Once a railroad center, it is now the home of the Baltimore Orioles. Unlike many other stadiums, it does not host other major league sporting events. The warehouse around which it is built gives it a truly unique and retro look no other part can or has duplicated. The sod used is Kentucky bluegrass.

DODGER STADIUM, Los Angeles: Dating back to 1962, this ballpark, home to the Dodgers, has a capacity of 56,000. Depending on where you sit, you can see Chavez Ravine and the San Gabriel Mountains. Some find the grass, 419 bermudagrass, somehow greener than that at any other stadium.

FENWAY PARK, Boston: This fabled and historic ballpark first opened in 19112. It has a capacity of 37,499 individuals who staunchly come to support the Red Sox playing on turf of Kentucky bluegrass. While some find it maudlin and dates, others find it wreaks of charm and ambiance.

Kauffman Stadium, Kansas City: Designed only as a ballpark, this stadium opened in 1973 to provide a home for the KC Royals. It is a modern building in more ways than one. One strong feature is the fountains. The grass is a blend of Kentucky bluegrass and perennial ryegrass blend.

PETCO PARK, San Diego: Petco ballpark was constructed in 2004 to seat 42,302. The presence of this facility, home to the Padres, helped to revive the old Gaslamp Quarter. It somehow manages to blend the traditional with the modern. The grass surface is Bandera Bermuda.

SUNTRUST PARK, Atlanta Seashore: First opened in 2017 to house the Atlanta Braves, this newer stadium houses 41,084. It does not have Kentucky bluegrass but, instead, highly resistant and sustainable Paspalum Platinum TE, commonly used for golf courses.

TARGET FIELD, Minnesota: Home to the Minnesota Twins, the stadium opened in 2010. With a capacity of 39,021, it continually undergoes upgrades, including a kids’ activity area. The Twins play, like a majority of ballparks, on Kentucky bluegrass.

Coors Field should definitely be in the top 10 if not number 1!