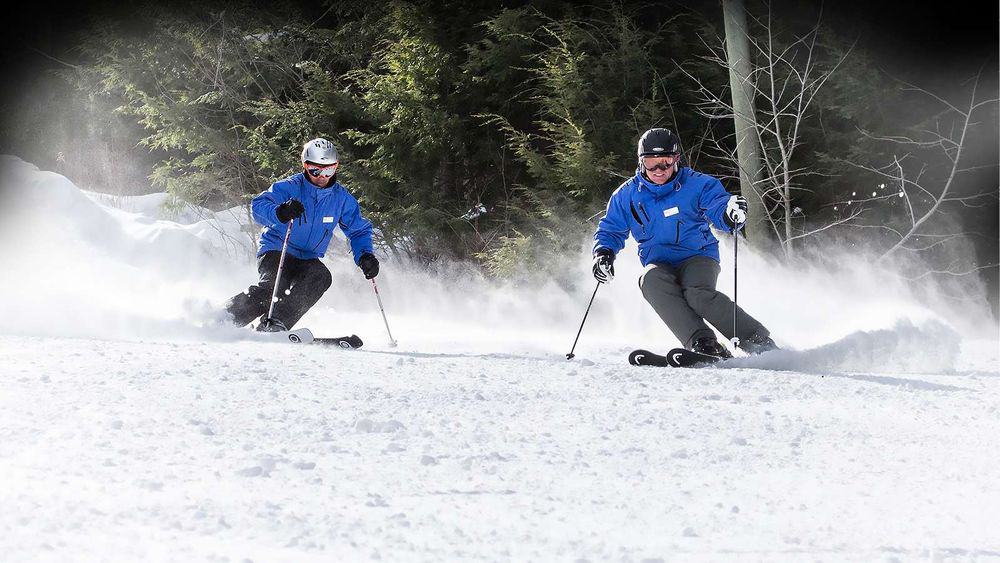 North Americans fall into two major camps when it comes to ice, snow, and winter. They like to stay indoors and hibernate until spring, or better still, summer comes around. Alternatively, they dress up warmly, get their gear, and head off to celebrate everything winter can offer. For some, this means skating, playing hockey and tobogganing; to others, it means heading off to the hills to do snowboarding or skiing. For downhill skiers, winter provides them with the excuse they need to check out some of the top places to ski in North America.

When it comes to skiing, everybody has an opinion. It is hard to nail down the top five without someone claiming their favorite, and “the best place to ski in the entire nation” is not on there, or it is ranked too low. The following list consists of a compilation of several sources, including friends, on what the top five places to ski in North America are. They are provided in no particular order to lessen the acrimony.

Jackson Hole, WY: This ski resort consistently delivers a solid snow base. On average, the amount totals more than 450”. It offers deep snow, steeps, back country wilderness to explore, and challenging terrain. It is often referred to as “The Big One.”

Whistler Blackcomb, BC: Whistler lays claim to being the largest snow resort in North America. It can also be among the busiest. It features twin peaks, conifers, and a quaint village. Its vertical is something skiers seek out. Overall, Whistler Blackcomb offers a high-quality and memorable ski experience.

Vail CO: Everyone who skis, and even many who do not,have heard of Vail. It is a favorite of many skiers. However, it has always been more of a destination.  Skiing is only part of what happens at Vail. They have a reputation for offering an exhilarating experience both on and off the slopes.

Telluride, CO: Like Vail, Whistler, and Jackson Hole, Telluride makes most top 10 lists. Set within the confines of a box canyon, this ski resort features two major peaks – one at 13,000, the other at 14,000-foot. It increasingly expands what it offers, including more offerings for those advanced and experienced skiers.

Revelstoke, BC: Revelstoke resides far into the Canadian Rocky Mountains. Just west of historic Banff, its views are second-to-none. Not as crowded as Whistler Blackcomb, it offers the largest vertical drop in not only Canada but the United States as well.

Skiing is a sport that is not solely for professionals. Individuals and families at all levels can enjoy the rush that comes from going down a hill. Adults, teens, and children enjoy being outdoors on skis. Families can take a day trip to a nearby slope or make it part of a longer March Break getaway. Many American and Canadian ski resorts have beginner and intermediate hills. They have experienced instructors to help people learn to ski and become comfortable with the sensation of going downhill quickly.

While the list above provides the top five places to ski in North America, it is possible they do not meet you and/or your family’s needs. Fortunately, there are always options. These come in the smaller, gentler, or more manageable hills found in such places as Blue Mountain, Collingwood, Ontario; Chicopee, Kitchener-Waterloo, Ontario; Buttermilk Colorado, Park City, Utah, and Beavercreek Colorado. However, whatever your preference and/or skill level, leave your winter worries behind. If you would rather play in the snow than shovel it, simply use the third party Edenapp available through Apple and Amazon as well as directly at edenapp.com, to ensure it is taken care of whether you are at home or away, hitting the slopes.