Edenapp / Types of Maple Tree Diseases & How to Treat them? 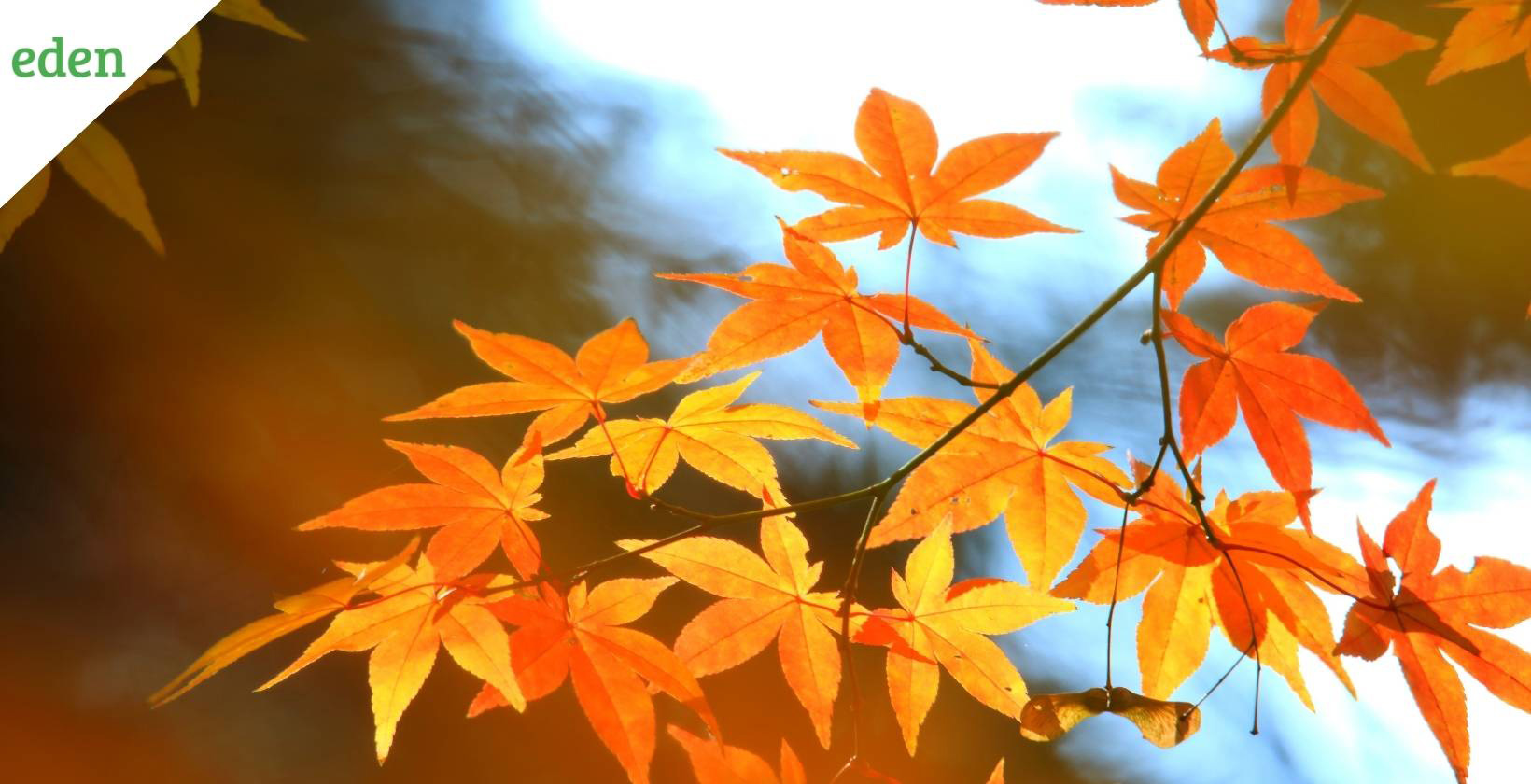 Types of Maple Tree Diseases & How to Treat them?

Some of the common maple tree diseases include Verticillium Wilt, Sapstreak, Root rot, Tar Spot, Anthracnose, Powdery Mildew, Lichen, and. Leaf Scorch. Some of the best ways to treat these diseases are to keep the tree healthy with proper maintenance like pruning, fertilizing and watering. This will prevent the tree from diseases.

Although most of these maple diseases are completely cosmetic, a few threaten the life of these trees. We know maple trees to be a symbol of endurance, strength, longevity and balance. Unfortunately, we see stealthy attackers like these diseases hamper their splendor. However, the good news is that we can easily treat them. You can secure their majesty and beauty with effective prevention and treatment plan. Let us check the common maple tree diseases and ways to treat them:

Common types of tree diseases and their treatments

Several types of diseases can keep ailing your maple tree. Now, let us check some of the common ones with the treatment option: 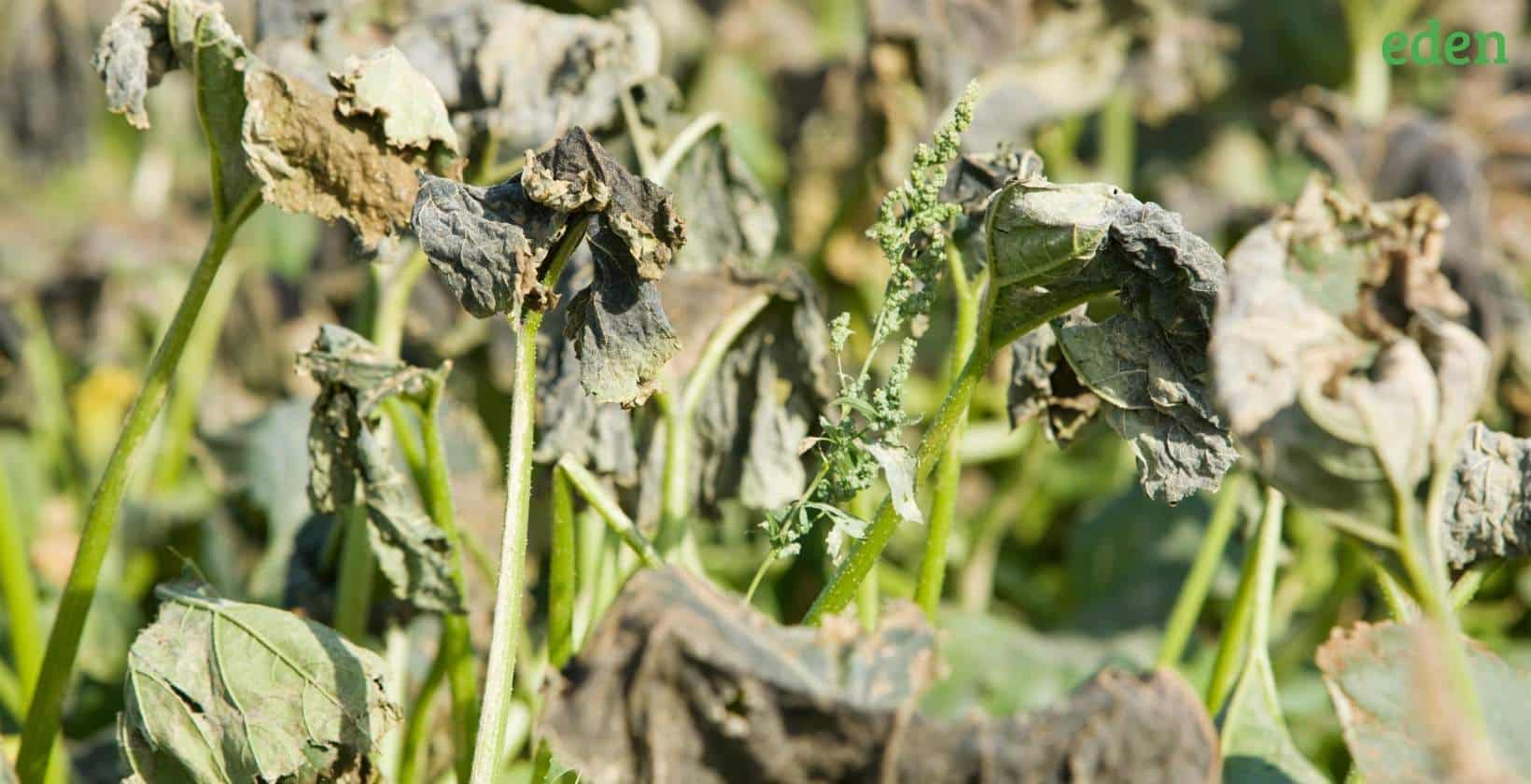 It is a fungal infection of the soil, which enters the tree roots and even attacks the vascular or circulatory system of the tree. This ailment prevents the nutrients and water from reaching the leaves and branches. As the dead tree falls down on the ground, the soil absorbs them to become more infected by this ailment, thus creating a wider verticillium wilt infestation.

Some signs include yellowing and wilted leaves on one side of the maple tree, defoliation and stunted leaf growth, and the discolored wood under the bark. Some of the key causes behind the same include soil-based fungus. When it comes to treatment, there is no cure; however, a few can recover with effective care. However, you must get rid of the tree and fumigate the soil in severe cases. You can plant a wilt-resistant plant in the same place.

The best treatment you have against this ailment is through proper maintenance. These are more active during summer, typically in July and August. The risk level for this ailment is low, as most maple trees are not affected severely. They remain affected mildly and for a short time. You can remove the severely affected plants. 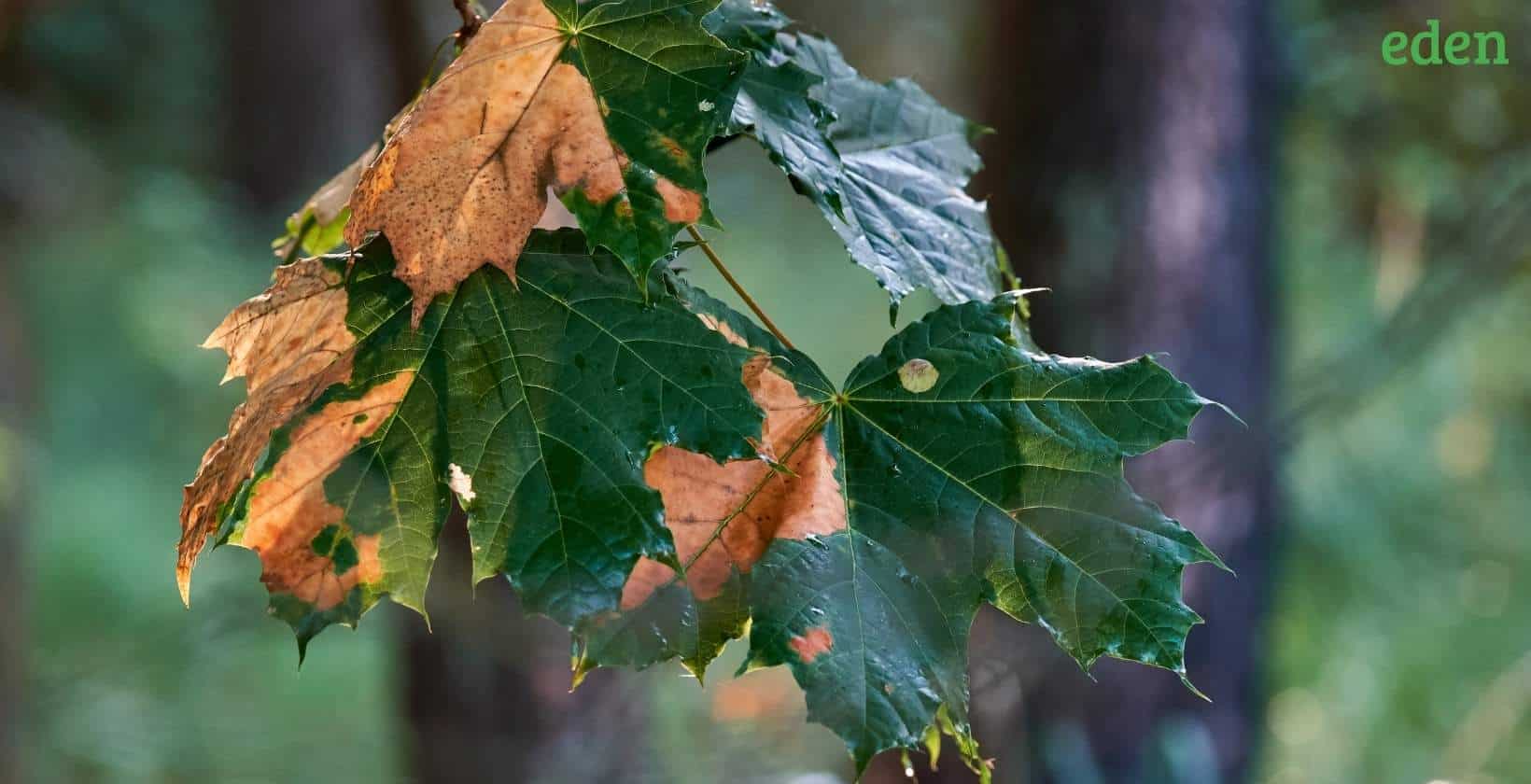 It is dark that appears like a star pattern, as seen like the rings on the chopped trunk of a tree. It also threatens sugar maples, particularly entering via the damaged roots. Once sapstreak fungus enters the tree, it hampers the roots, particularly in the sugar maple tree. It blocks the entry of nutrients to the leaves and branches.

These are mostly smaller in size than the normal leaves at the crown. Besides, they have discolored wood and bald spots. Some of the causes include the fungus called ceratocystis virescens. The best treatment for this ailment is prevention. By protecting the roots from damage, it can suffice.

Some trees may recover quickly, while others should be removed entirely. Some trees can recover, while others can be completely removed. The ailment is more visible during the late spring and early summer, while its risk level is high. Hence it is recommended to remove the infected. 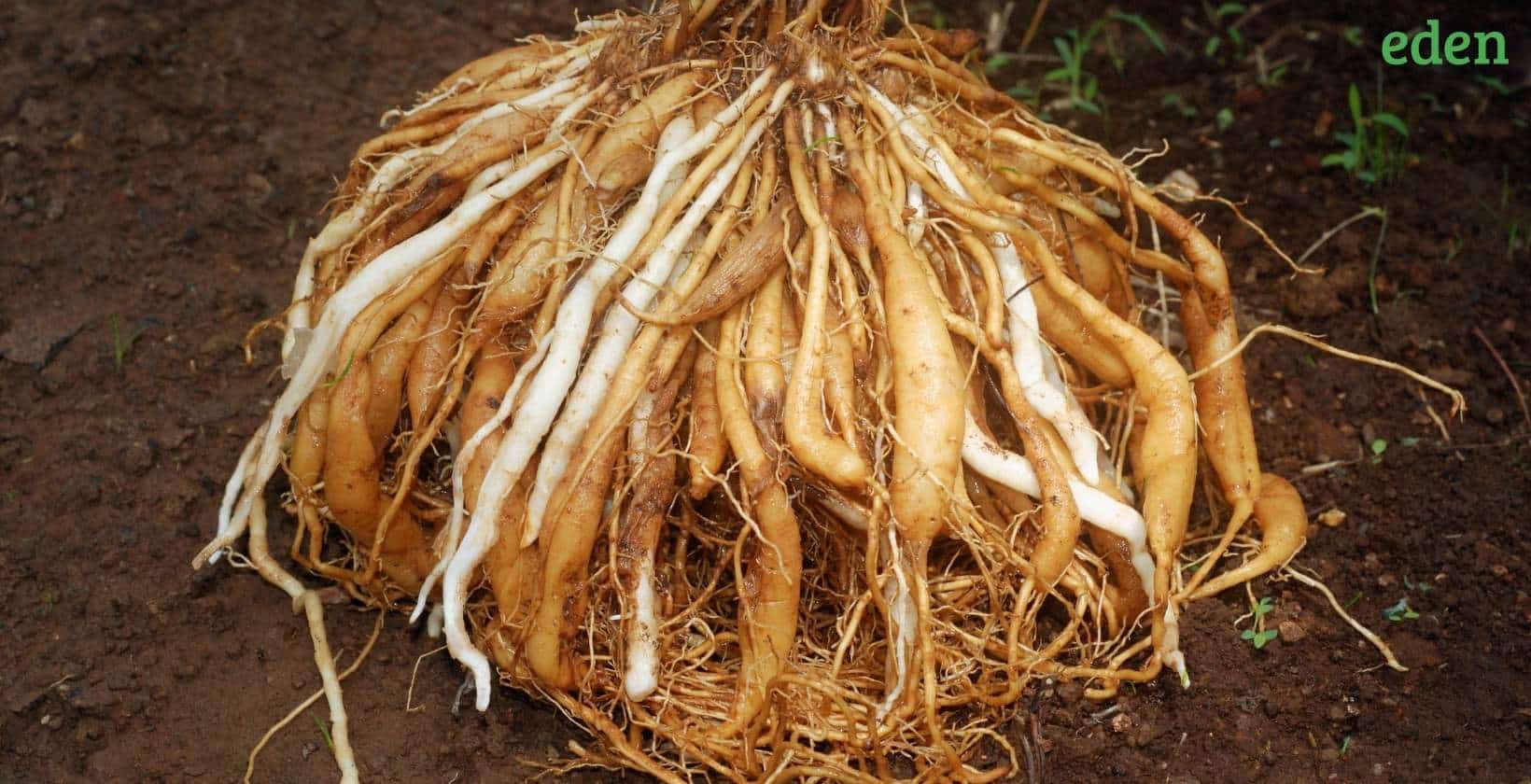 It is more common in poorly drained and wet soil areas having root rot attacking the healthy tissues of the plant. It also hampers the tree’s vascular system as it cannot get enough nutrients and water they require to sustain itself. Some symptoms of this ailment include fruiting structure as seen over the bark and the roots and trunk.

For the cases of Phytophthora, you can find bleeding cankers appearing on the wood. The causes include fungus, fomes, laetiporus, ganoderma and other fungal causes include Fomes, Laetiporus and Ganoderma. As far as the treatment is concerned, you have to remove the tree completely. The season is during the spring and rainy season, when you can find this ailment, while the risk level is high as it is a fatal disease. 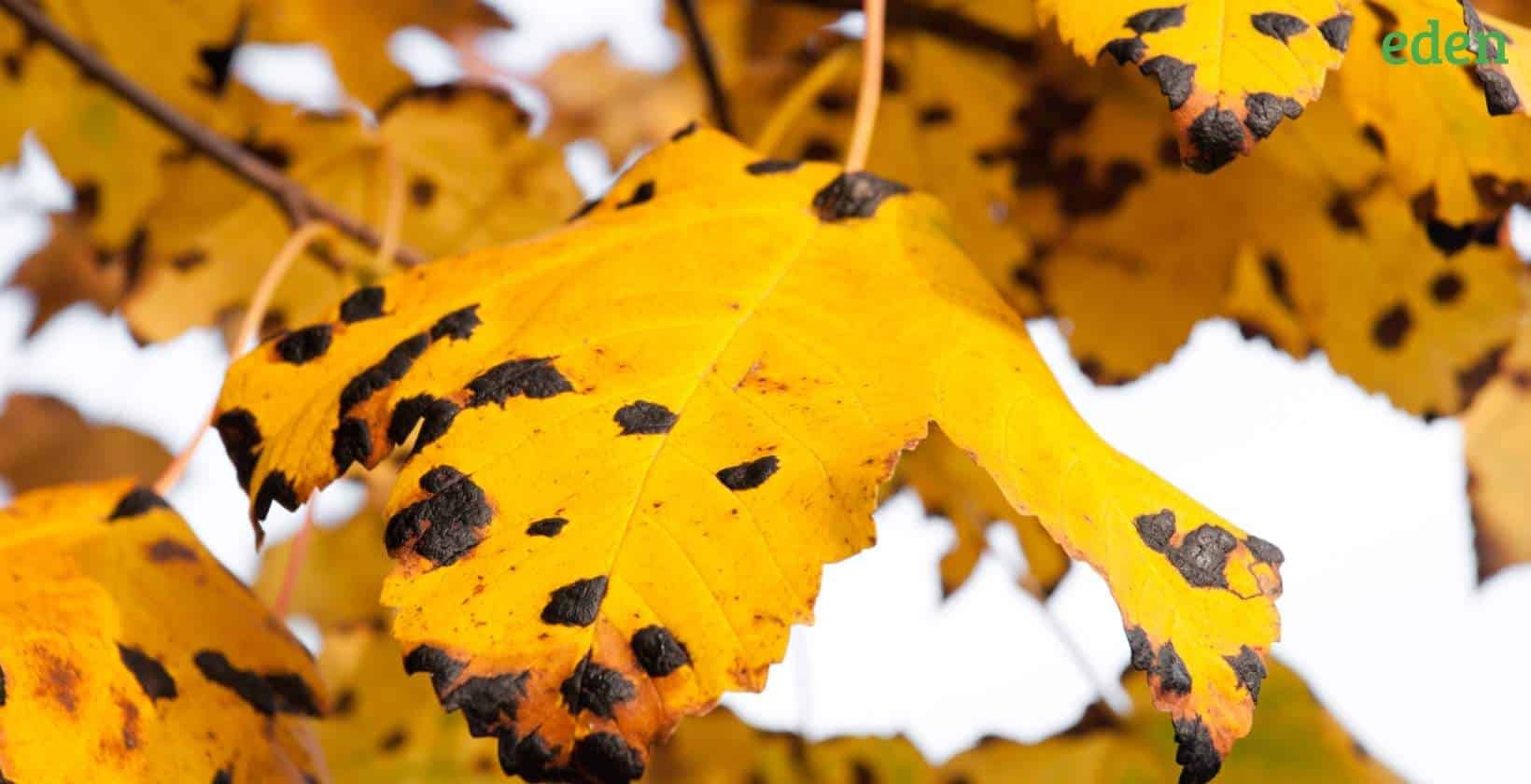 It may not be a life-threatening ailment but only a fungal infection, which affects the maple tree leaves. The leaves have several spots of different sizes at a time, which can lead to premature leaf drop. Some symptoms include yellow spots on the spots, which later turn into black, appearing like tar-like spots. The cause behind this ailment is the fungus called Rhytisma.

There is no treatment option for this ailment; all you need is proper prevention that helps clear away the infected leaves that seem to have fallen on the ground. It also reduces the chance of maple spider mites and the bugs like box elder that multiply the leaf litter. The ailment is more reported during the late summer or the fall season. The risk level for the ailment is low, and it is not very life-threatening to the maple trees as it only hampers their appearance. 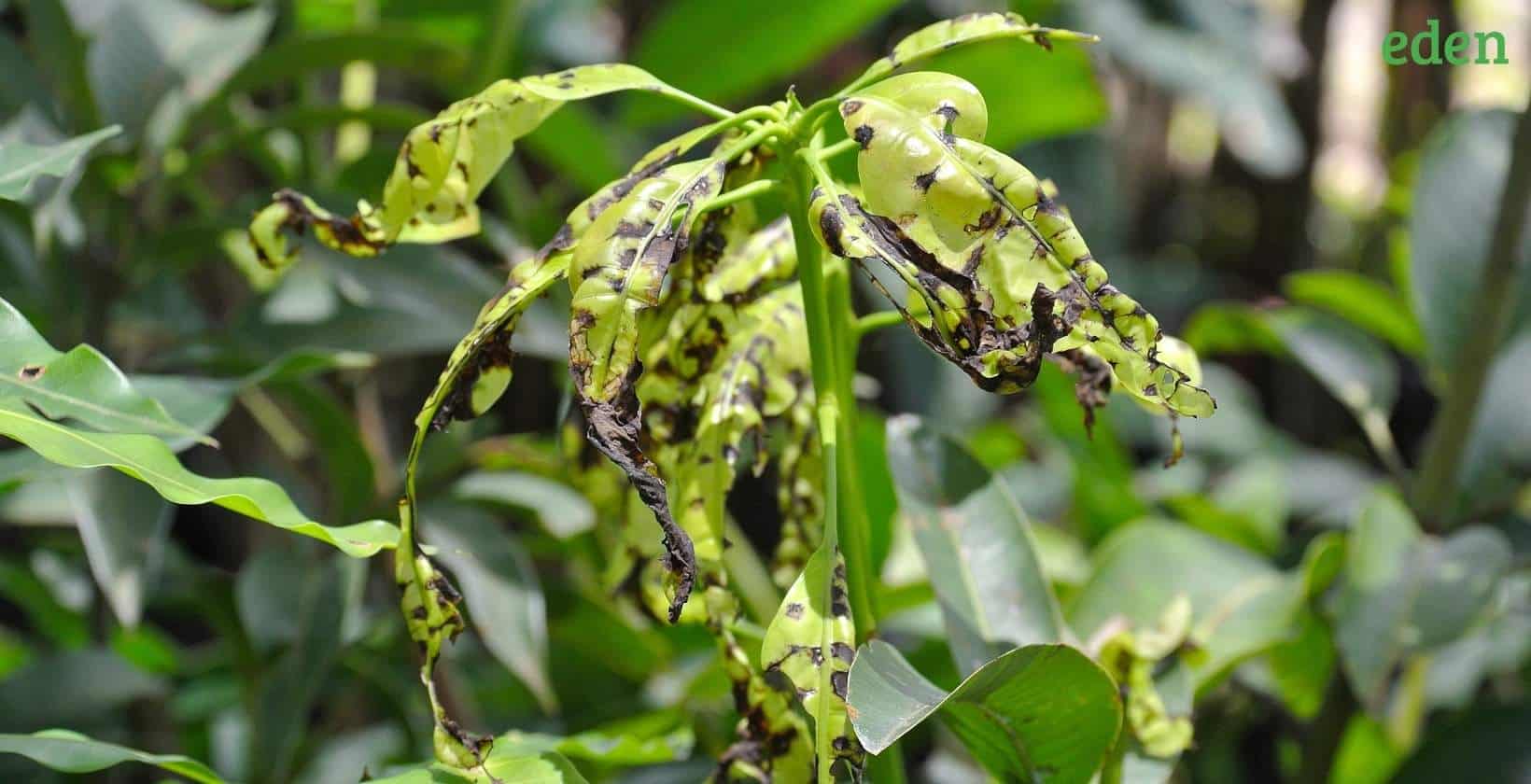 Some of the symptoms include shriveled leaves, curled leaves having brown spots and discolored steaks on leaf veins with brown spots. Some of the causes behind it include the fungi Discula and Kabatiella. The only treatment you have to deal with this disease is to prune the dead branches and twigs. The risk level is low as the impact is only cosmetic to the tree. 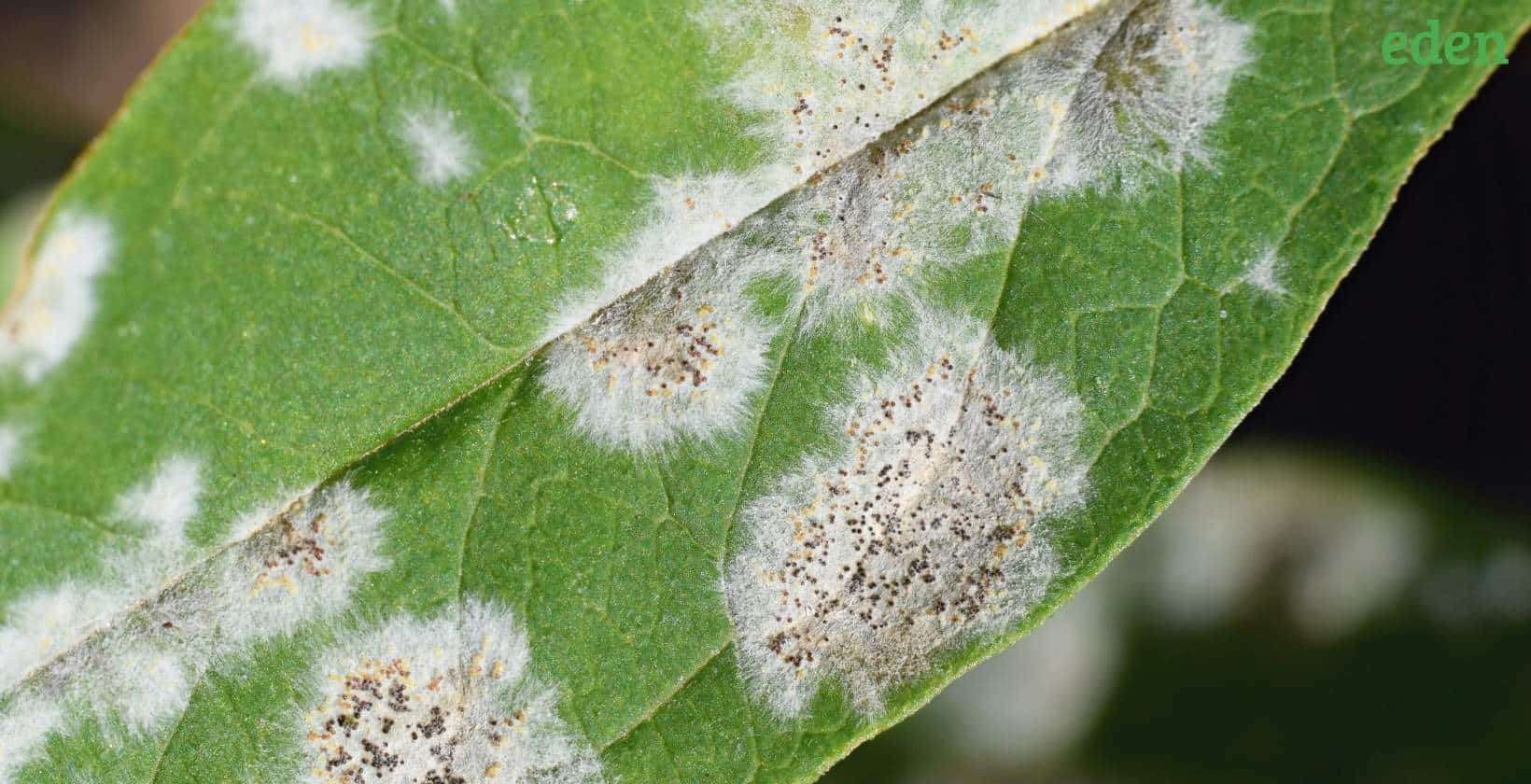 Diverse kinds of powdery mildew impact different types of maple trees. In every case, you can find different diseases that are not very fatal as the powdery substance only sits over the leaf surfaces. The root system is not invaded, and the powdery mildew fungus never affects the leaves.

Some symptoms include the white appearance and the powdery substance on the leaves. Its causes include Phyllactinia fungus, which barely requires any treatment. You can save the fungicide by brushing the fungus or brushing off the fungus. You can even remove it with the You can only find it during the late summer and autumn season, while it has a low-level risk. 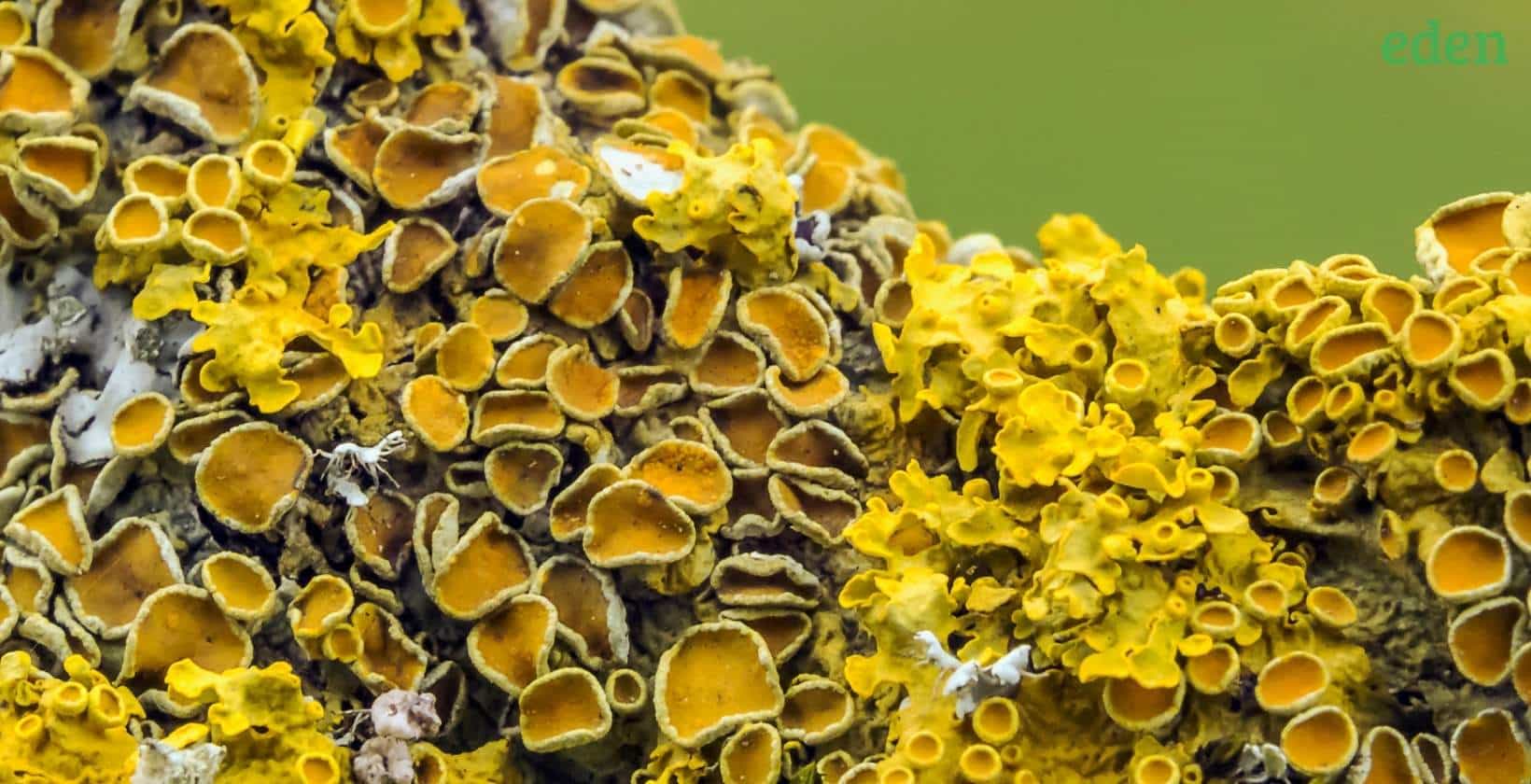 It is a blend of fungi and algae, better known as a cyanobacteria couple, that gives a new existence called Lichen. It grows easily in moist environments and is mostly found on tree bark. It takes energy directly from the sun to sustain. However, it doesn’t feed on any tree; hence it does not harm it.

Some symptoms include a crusty leaf of tube-like growth as seen on the bark, with a bluish tint over it. Some of the causes include organisms that are composed of fungi and algae or cyanobacteria. The best way to treat them is to prune only the affected branches manually put over this ailment. The risk level is low as it does not harm the tree. 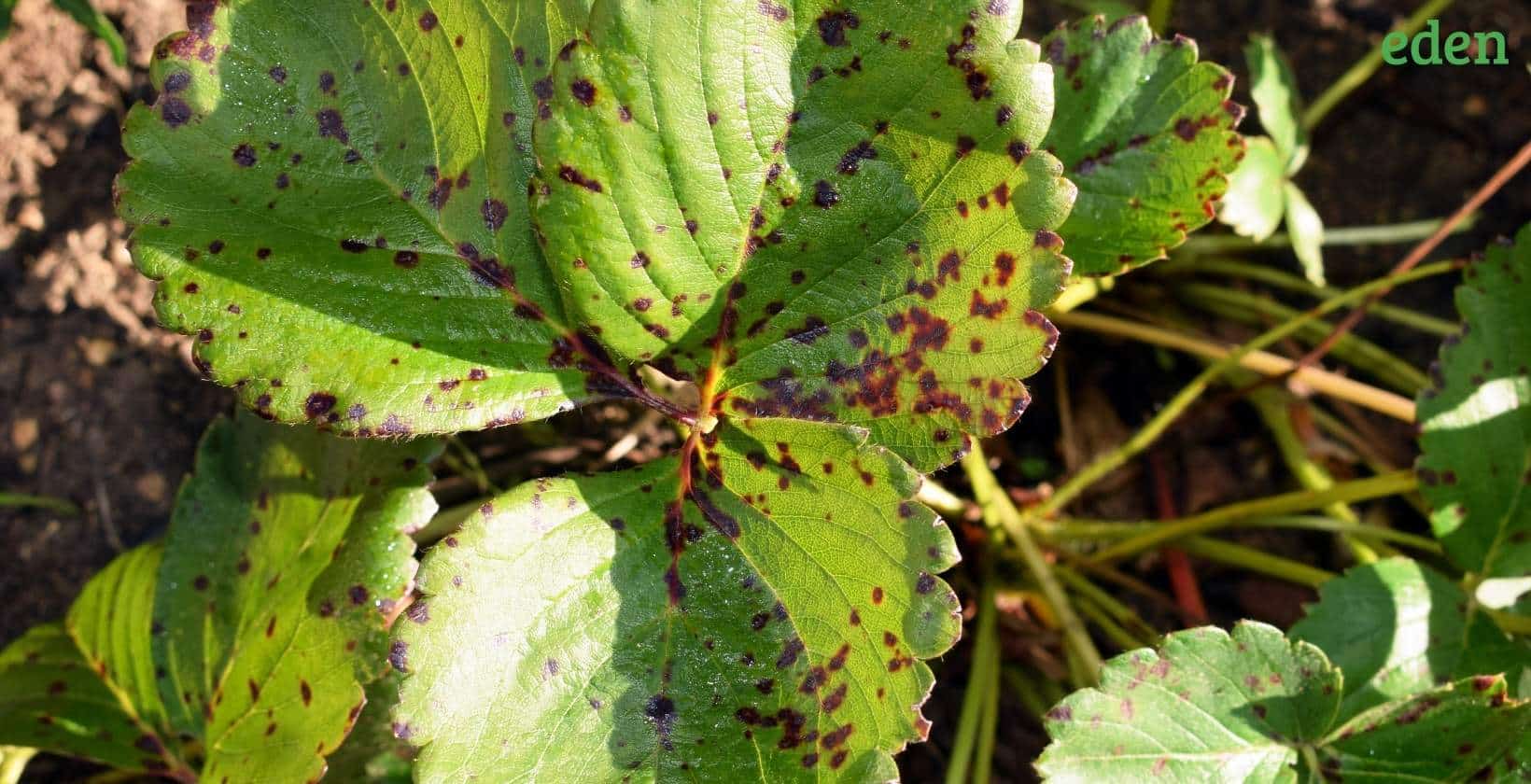 Leaf scorch can occur during summers instead of viral, baverials or fungal infections that can occur during the summer season when the climate is warm and dry. It prevents the tree from supplying the leaves with enough hydration; hence you can find their edges become brown and curl.

Some symptoms of the disease include dried-up leaves becoming brown, while it is active only during the dry season when the soil moisture is low. The treatment for this ailment is the supply irrigation that adds the mulch only to maintain the soil moisture and prune the dead limbs. The risk level is low as it is not life-threatening.

Do Maple trees get Blight?

Yes, they get blight. Some of these trees get bacterial blight, which mostly affects the new twigs and leaves as they remain very vulnerable. The bright appears like an oozing dark spot around 0.25 inches wide with an irregular shape.

How to find healthy maples?

If you are scratching a branch using a knife, you get a nice green color, which signifies a healthy tree. A dark color having the bark only talks about a dead or decaying material. It is always a good idea to check the trees too often to sort out the problems.

When Should You Call a Professional?

If you find any cosmetic imperfections, including leaf discoloration and bark growth, you do not need any professional help. However, if your maple contract a disease like a root rot, verticillium wilt, snap streak, or root rot, DIY is not recommended for these issues. Better call a pro as they have the expertise to fix the problem.

In conclusion, maple tree disease can make your tree ugly, adding a bad look to it. If the disease is fatal, it can even kill the tree. You can seek the help of professionals like Eden. Call for more information!