Edenapp / What Visitors Must See In Philadelphia 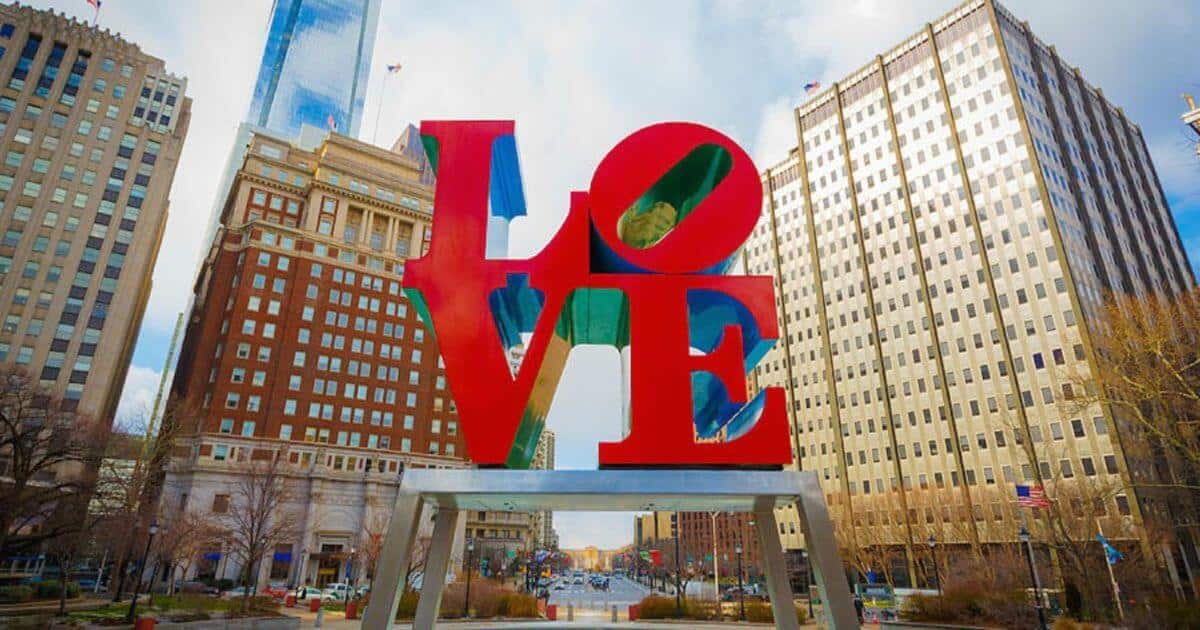 What Visitors Must See In Philadelphia

The city of Brotherly Love, Philadelphia, PA, founded in 1682, is one of America’s oldest cities. It is Once a meeting place for the Founding Fathers; it remains a city where many come together to view the country’s revolutionary past.  In 2018, a record-breaking 45 million people visit the city. They came from across the country and around the world to enjoy the architecture, food, music, and everything else that Philadelphia has to offer.

Philadelphia is a city with many historical and cultural sites to see. Most relate to the founding of the United States of America. Many of them can be visited easily as they are located in one UNESCO World Heritage Site – Independence National Historical Park. Here a visitor can see some of America’s most famous and iconic objects and places. These include:

· Benjamin Franklin Museum: Each of the five rooms into which this museum is divided is intended to explore one of five well-known character traits of Franklin

· Congress Hall: Once the Philadelphia County Court House, this hall acted as the meeting place of the U.S. Congress during the time Philadelphia was the temporary capital of America (1790-1800).

However, these are not the city’s only attractions. In fact, you should stay at least a week in Philadelphia in order to enjoy the best in everything. Take the time to visit any or all of the following: The

Reading Terminal Market: A public market housed in this historic building since 1893, it is easy to see why it attracts crowds. With its many vendors, this indoor market offers artisanal cheeses, produce and other goodies for anyone who loves fresh food

Franklin Square: This one modest square is now home to a family-oriented fun park, including an old-fashioned carousel.

The Franklin Institute: With 11 hands-on permanent exhibits, the Fels Planetarium and the Tuttleman IMAX Theater, this is a science center for the family to enjoy

The Philadelphia Museum of Art:   One of the biggest art museums in the world, it hosts a range of art from American to Renaissance. It is also famous for the “Rocky Steps” featured in Rocky, the original film from 1976.

The Rodin Museum: This museum contains the largest collection of his works outside of France including, “Adam” and “The Awakening”.

Please Touch Museum: This is unabashedly one of the best children’s museums in the United States.

Eastern State Penitentiary: For those into Gothic architecture or who want to have a glimpse of a famous prison, Philadelphia has this. If you can, book a tour for Hallowe’en.

The Museum of the American Revolution: This popular museum is chock-full of historic artifacts, but also tells the tale of this revered American event through theatrical performances and other forms of visitor participation.

The National Constitution Center: Another place for American history buffs to visit.

The Academy of Natural Sciences of Drexel University: This natural history museum has the honor of being the country’s oldest in this area. If you like dinosaurs, butterflies, and live animals, this is the place to go.

The Barnes Foundation: For those who are into impressionism, post-impressionism and early modern. Wander here is you admire the works of Cézanne, Matisse, Modigliani, Picasso, Renoir, Seurat, and Van Gogh.

Also for consideration are the Penn Museum, National Museum of American Jewish History, celebrating the Jewish immigrant experience and the African American Museum in Philadelphia, the first American museum constructed to explore the journey of African Americans and the Mütter Museum – For those who are into the quirky aspects of the anatomy and want to be “disturbingly informed.”

If you plan on going to Philadelphia, PA be sure to carve out some time in your schedule to enjoy the many museums and cultural sites. But do not forget that the city is also home to great live music venues as well as many wonderful dining experiences. Breathe in deep, relax, and let the spirit of Philadelphia take over.