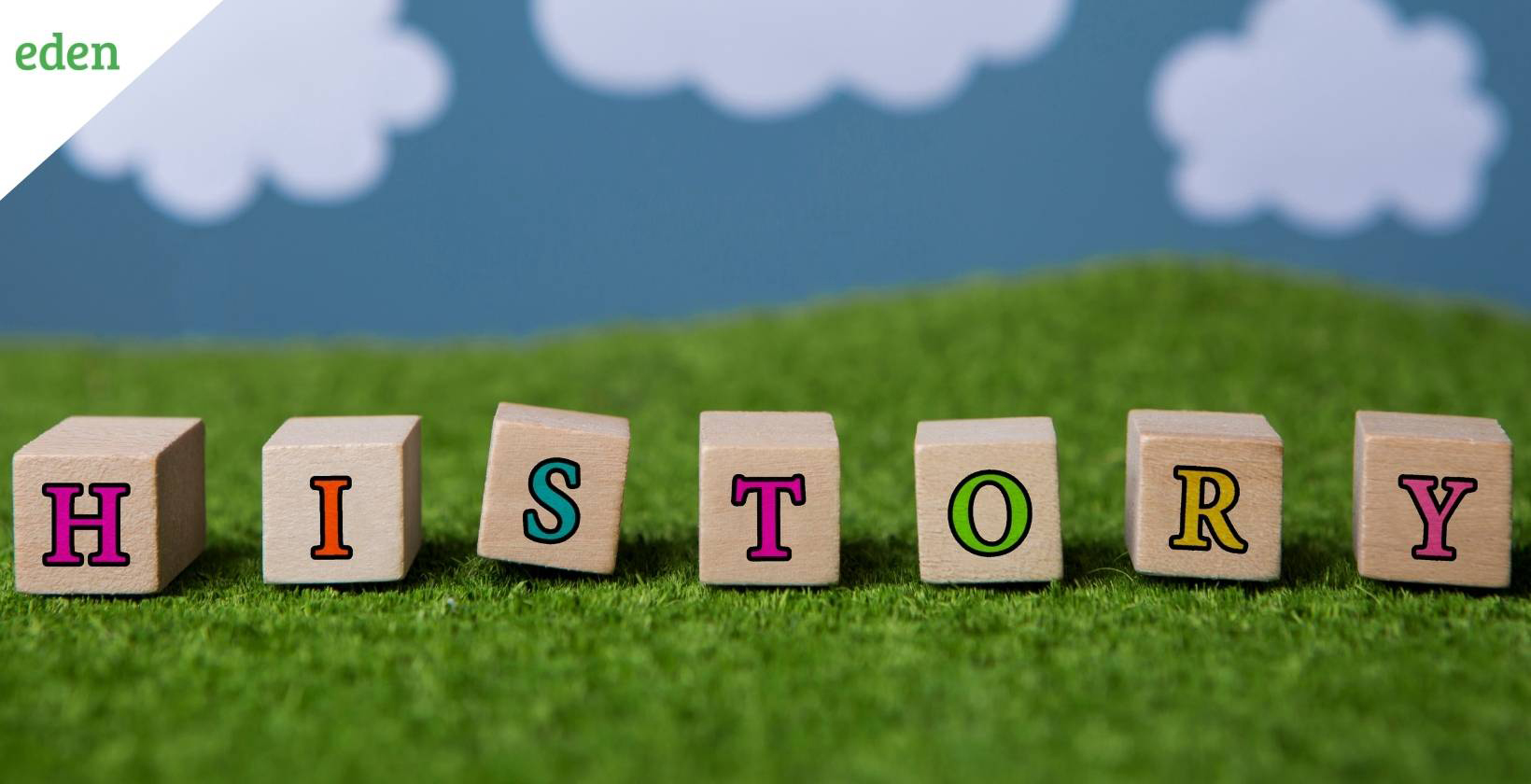 A lawn refers to an area of soil that is covered with grass. A lawn can be created for functional or recreational purposes, and it can be a private or public lawn. The grass on the lawn is taken care of through regular maintenance practices like mowing, fertilization, and irrigation to ensure that it is healthy and unaffected by diseases, pests, insects, and weeds. The word ‘lawn’ traces its origins back to the Welsh word, ‘llan’, which in turn is derived from the word, ‘landa’ and is Common Brittonic. Even as lawns are common all around the world today, it was not always so.

Lawn care is all in the details, and we take care of every single one to give you the lawn of your dreams. Contact us today!

Eden explains the history of lawns from their ancient origins to further development in the 17th and 18th centuries and finally to the modern yards we see everywhere in this article. Eden also discusses the benefits of lawns, the types of lawn plants, and the origin of grass lawns. The history of the lawn care industry is mentioned briefly at the end to show how the development of the lawn through history has given birth to this new industry. Let us start with the origin of the lawn.

Origins of the Modern Lawn

Before the first form of the word ‘lawn’ was coined in the middle ages, we had ancient grass plains in Africa. These grass plains allowed the villagers in the surrounding settlements to see dangerous wild animals from afar and helped the hunters hide from their prey. These plains were never called lawns, but these are the first examples of large grass-covered areas.

The first mention of sodding or turfing occurs in a Japanese book on gardening written in 1109, called Sakuteiki or Aatu-tei-kaiI.  In medieval times, lawns existed as enclosed pasturelands as depicted by the Celtic word llan, which was used in 1540 and translates to ‘clearing’ or ‘heath’. This word is similar to Common Brittonic words that mean ‘enclosure’ and were likely used about a place of worship.

The aristocratic classes of Europe started using lawns on their private properties in the middle ages. Since lawn mowers were not possible until the 17th century, these early lawns were maintained by animal grazing or labor-intensive practices like scything. The contemporary influence popularized the use of lawns in other cultures and regions.

In the 17th Century, lawns were created as social spaces and had walkways. These lawns were mostly made with meadow plants. The English lawn was also born in the 17th Century and quickly became the symbol of aristocracy throughout Europe. It depicted that the owner of the lawn had enough wealth to keep land that was not being utilized for any functional purposes such as constructing a building or for agriculture.

English colonists started establishing themselves in what is today’s United States of America in the early 17th Century. When the settlers found only annuals like marsh grass and broomstraw instead of pasture grass with higher nutritional value in this new place, they asked for grass seeds from back ‘home’. This is how native European grasses like Kentucky bluegrass and Fescues found their way to the U.S. But, grass seeds were not the only things that the shipments from Europe brought; seeds of weeds like plantains and dandelions also came to the U.S. with the desirable grass seeds.

The idea of lawns in the U.S. really took off during the 19th Century. At the beginning of the 19th Century, the then President of the U.S., Thomas Jefferson first created a European style lawn at his residence. Following this, other wealthy American landowners also did the same.

What really gave a boost to lawn care was the invention of the lawn mower in 1830 by an English textile engineer named Edwin Beard Budding. But this was in England. American lawn mowers were not patented until 1868 and when it happened, all the American houses who could afford servants to maintain lawns found a ray of hope.

In 1876, the United States Department of Agriculture (USDA) put up displays of lawns for the masses at Philadelphia’s Centennial Exhibition. These displays explained how to install a lawn in your yard but did not provide much information on how to maintain it which led to lawns with very short lifespans. It was only when more research was done on turfgrasses in the 20th century that lawns became more of a permanent fixture in American suburbs.

Two happenings in the 20th Century led to lawns becoming popular all throughout North America. The first was the construction of affordable suburbs with established lawns by Abraham Levitt and his sons William and Alfred on Long Island between 1948 and 1952. These were the first residential properties to already have a lawn in the yard. The second was the invention of pre-emergent herbicides in the 1940s as this allowed homeowners to get rid of weeds like dandelions and establish only desirable turfgrasses.

Today, lawns are part of almost every American property as recent research by the National Association of Landscape Professionals (NALP) shows that around 81 percent of American homes have lawns and 79 percent of these homeowners believe that lawns are an integral part of a home. Therefore, we can see that what started as pasture fields centuries ago has now become a manicured area that adds to the aesthetic and market value of a property.

Benefits of a Lawn

We know that a beautiful and healthy lawn enhances the curb appeal of a property and increases its market value. But even apart from these advantages there are various other benefits to having a lawn and Eden lists all of them below.

When we think of lawns, we think of grass. But, grasses are not the only plants or vegetation that can be used in a lawn. In this section Eden talks about grasses and other types of lawn plants used to create a lawn.

Common types of warm-season grasses are as follows.

Common types of cool-season grasses are as follows.

Alternative to Grass: A common alternative to grass is groundcover. Groundcover (also written as ‘ground cover’) as the name suggests is any plant that covers an area of land without leaving bare patches of soil. Some popular examples of groundcover include alfalfa, ivy, honeysuckle, creeping phlox, creeping jenny, creeping thyme, etc.

What is the origin of grass lawns?

The origin of grass lawns can be traced back to European aristocracy as the first grass lawns emerged around French and English classes. Later, this trend spread among the wealthy class of Europe who started creating lawns in and around their property to show that they can afford to keep lands purely for entertainment and personal enjoyment. The contemporary influence spread the idea of grass lawns from Europe to the rest of the world.

What is the history of the lawn care industry?

For a detailed history of the lawn care industry read Eden’s article – History of Lawn Care.

For high quality lawn maintenance that keeps in mind the specific requirements and health of your lawn, contact Eden.

Lawn care is all in the details, and we take care of every single one to give you the lawn of your dreams. Contact us today!