Edenapp / How to Prune and Trim Bushes and Shrubs 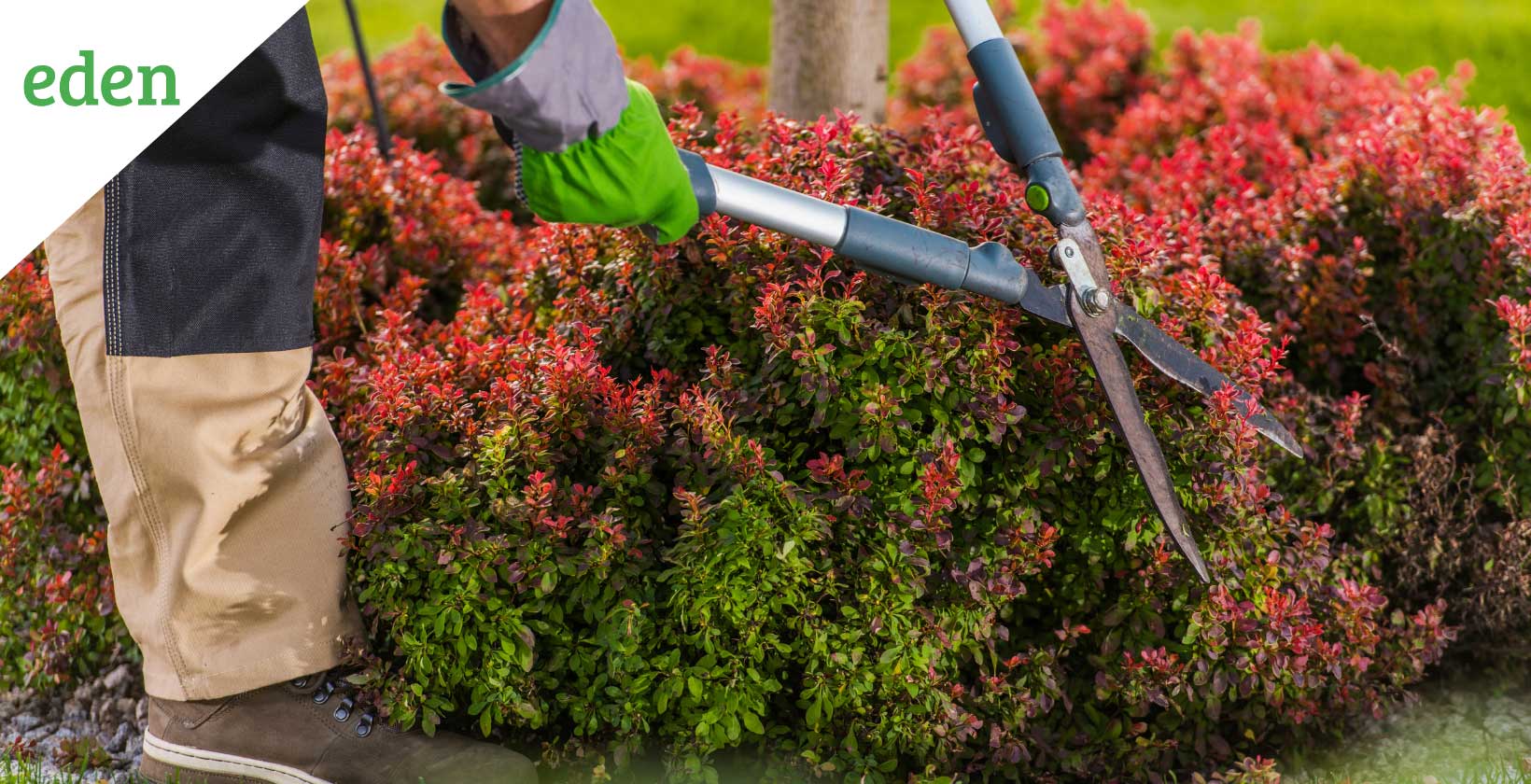 How to Prune and Trim Bushes and Shrubs

Pruning is the process of removing dead and dying branches from a tree one by one. It involves knowing how to prune and trim bushes, gathering all the essential tools for trimming and pruning, tips on trimming and pruning bushes and shrubs.  The dead branches and roots must be removed from the tree. Branches can develop in the wrong direction in several instances. They are attempting to push their way towards electrical utility cables or structures.

Your garden is not aging, it just needs regular nurturing. Call us and we will nurture it.

Pruning aids in the control of undesirable growth and helps to promote new growth by removing dead, dying, or damaged branches. Live, healthy plant tissue can also be pruned to reduce the size or shape of the plant’s structure. Pruning improves plant health and can extend plant life, ensuring that your landscape investment is protected.

Here are some steps for pruning and trimming bushes and shrubs 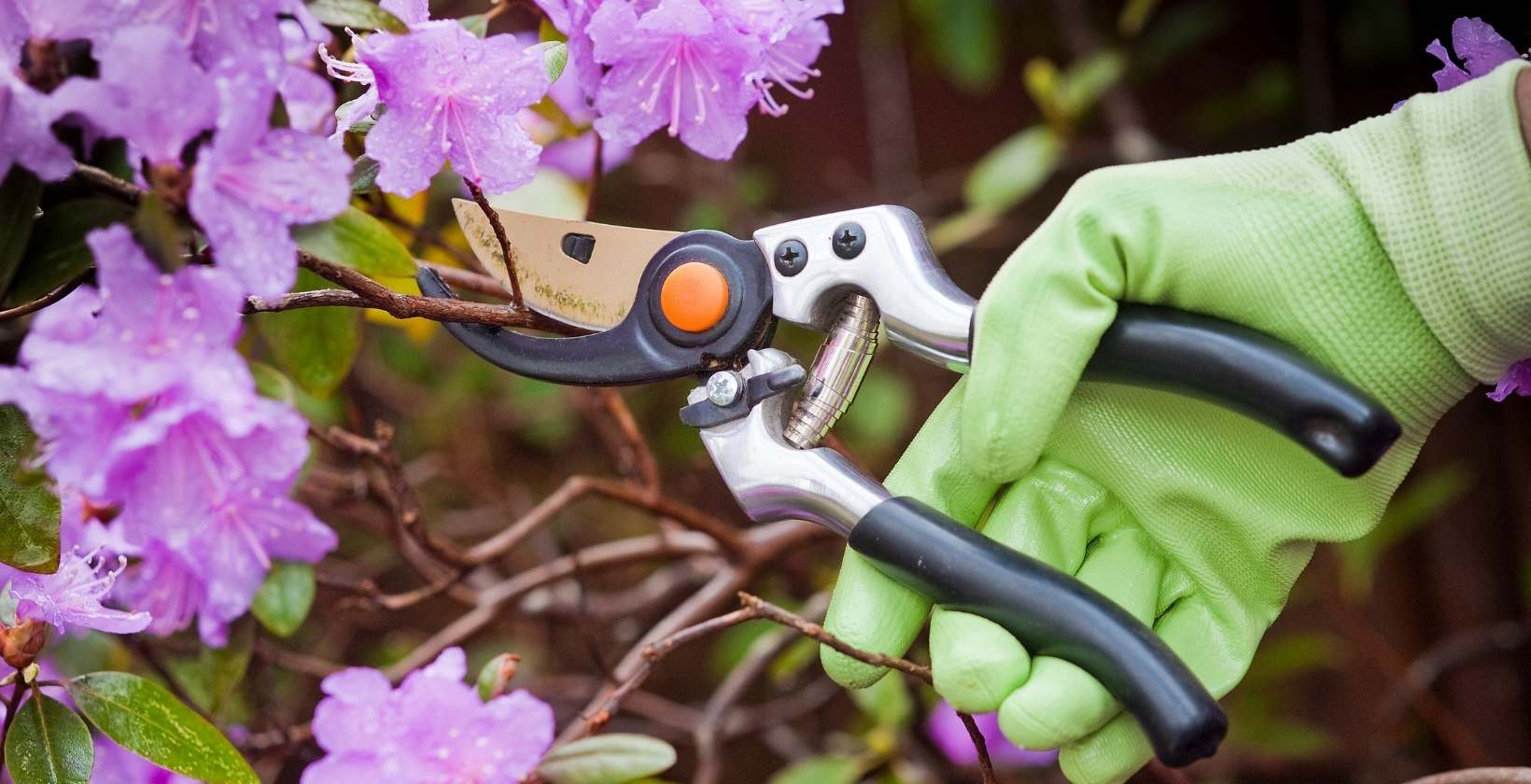 What are the Essential Tools for Trimming and Pruning?

Professionals usually concentrate on removing green shoots, which promotes overall healthy growth. Trimming the shrub helps its look as well as its development.

Shears, trimmers, and saws are used for trimming, resulting in more efficient outcomes and healthier development.

Hedge shears are tools for pruning hedges and bushes in the garden. Shears are available in both manual and powered versions. Manual hedge shears are multi-purpose instruments for cutting weeds, overgrown grass, bushes, shrubs, and shaping shrubs.

Power hedge trimmers have a gas, electricity, or battery-powered motor that cuts in both directions with a long, toothed blade known as a cutting bar. Turn on the trimmer and move the cutting bar slowly and steadily over the shrub to trim bushes.

There are different types of power saws available in the market; however, the kind that needs to be used depends on the size of your backyard or garden. There are chainsaws, rope saws (with cutting blades), and reciprocating saws that can trim the tree or bushes.

When it comes to pruning, shears, whether hand shears or lopping shears are frequently used for pruning. These shears are usually powerful enough to sever even the tiniest branches. A saw may be necessary for thick branches. The best tools for pruning are listed below:

What are the Tips for Trimming and Pruning Bushes and Shrubs?

Plants that have been appropriately trimmed look better and live longer. Follow these tips for trimming and pruning bushes and shrubs properly.

What to Prune from Bushes and Shrubs

Pruning should be done on any branches or stems that are dead, dying, infected, or damaged. It’s possible to do this at any time of year, but the sooner the better. To avoid wasting energy on damaged regions, clip branches or stems before the plant generates new growth in the spring.

Not only will removing dead or dying branches help to prevent illness from spreading to other sections of the plant, but it will also allow the tree or shrub to concentrate on growing new, healthy growth.

When to Prune Bushes and Shrubs

The best time of year to prune a shrub is determined by the type of plant. One of the numerous reasons to identify the shrubs in your yard is for this reason. The removal of dead, weak, damaged, or crossing branches is a crucial pruning task that can be done at any time. Pruning is done in the fall or early winter, on the other hand, can harm a plant and reduce or even eliminate its foliage and flower output.

While the plants are still dormant, prune summer-flowering plants that will flower on the new growth of the next season. Their bare limbs make the plant’s structure visible, and the spring growth will swiftly cure wounds. Once fresh growth is seen, prune random-branching conifers.

Spring-flowering plants should be pruned as soon as the blooms fade. Pruning immediately after bloom will enhance flower production the following year because they develop flowers only on old growth from the previous season. 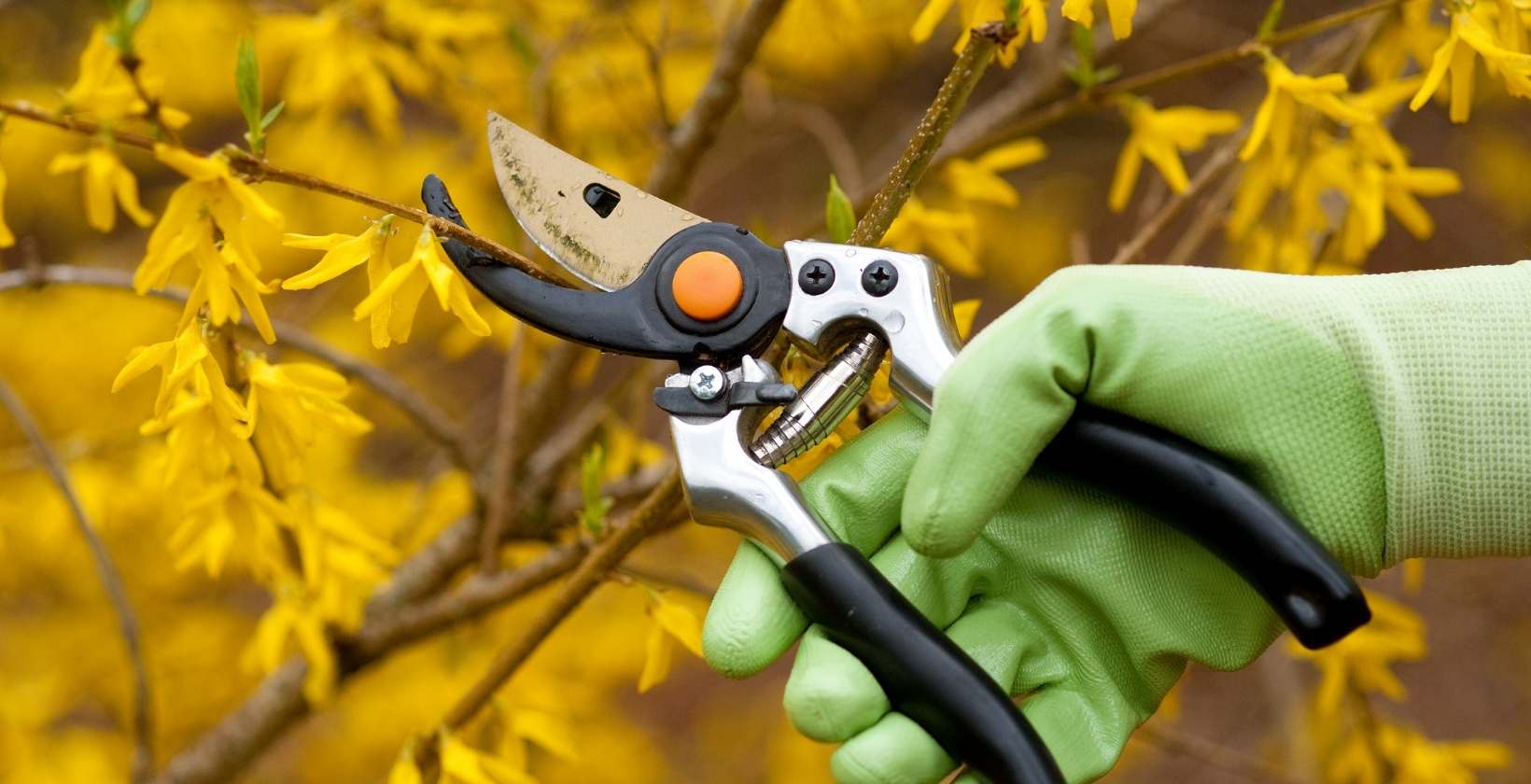 What is the 1/3 Rule for Pruning Shrubs?

Pruning old shrubs and small trees in a modest manner stimulates new, vibrant growth. Plants live in a state of equilibrium between above-ground and below-ground components. When a significant number of stems are lost, particularly at the top of the plant, the plant seeks to restore equilibrium by pushing forth new growth to maintain the top flora in balance.

In moderation, this regrowth is a good thing: it’s how plants repair, and it’s how pruning can encourage dormant buds to sprout. However, if a plant loses too much of its leafy growth, it enters a state of shock or panic.

It may also try to rebuild through suckers or water sprouts at this stage, which can make the plant look ragged. Suckering has a tendency to go on for a long time once it starts.

Pruning too little, on the other hand, has minimal effect on stimulating new growth. While it may aid in minor plant shape, timid pruning does not encourage new stem growth in the same way that a good 1/3 pruning does.

One assertive pruning session per growing season should be enough for an established shrub or small tree. Other times, pruning should be limited to removing dead or diseased branches or simply shaping pruning to keep hedges in proper shape.

Pruning most shrubs is best done in late winter or early spring. The plants are still in dormancy at this time, but they are just getting ready to sprout new growth. If your shrub blooms in the spring, make sure to leave enough flower buds on the stems for a spring display. Some homeowners are hesitant to prune a shrub or tree aggressively, but rest assured that an established shrub will quickly thank you for your efforts with lots of dense new growth. Begin by removing any dead, damaged, or diseased wood from a vigorous, established shrub. Remove any crossing branches that are rubbing the bark.

Hiring a professional or tending to your plants yourself can protect your family and home from the various hazards of unmaintained trees and unwelcome guests in the form of insects and pests. Regular care will help you avoid any accidents or health issues, as well as save money because you will not have to spend a small fortune on repairing the damage caused by your trees. If you want professional care for the trees and plants in your landscape, contact Eden today!

Your garden is not aging, it just needs regular nurturing. Call us and we will nurture it.