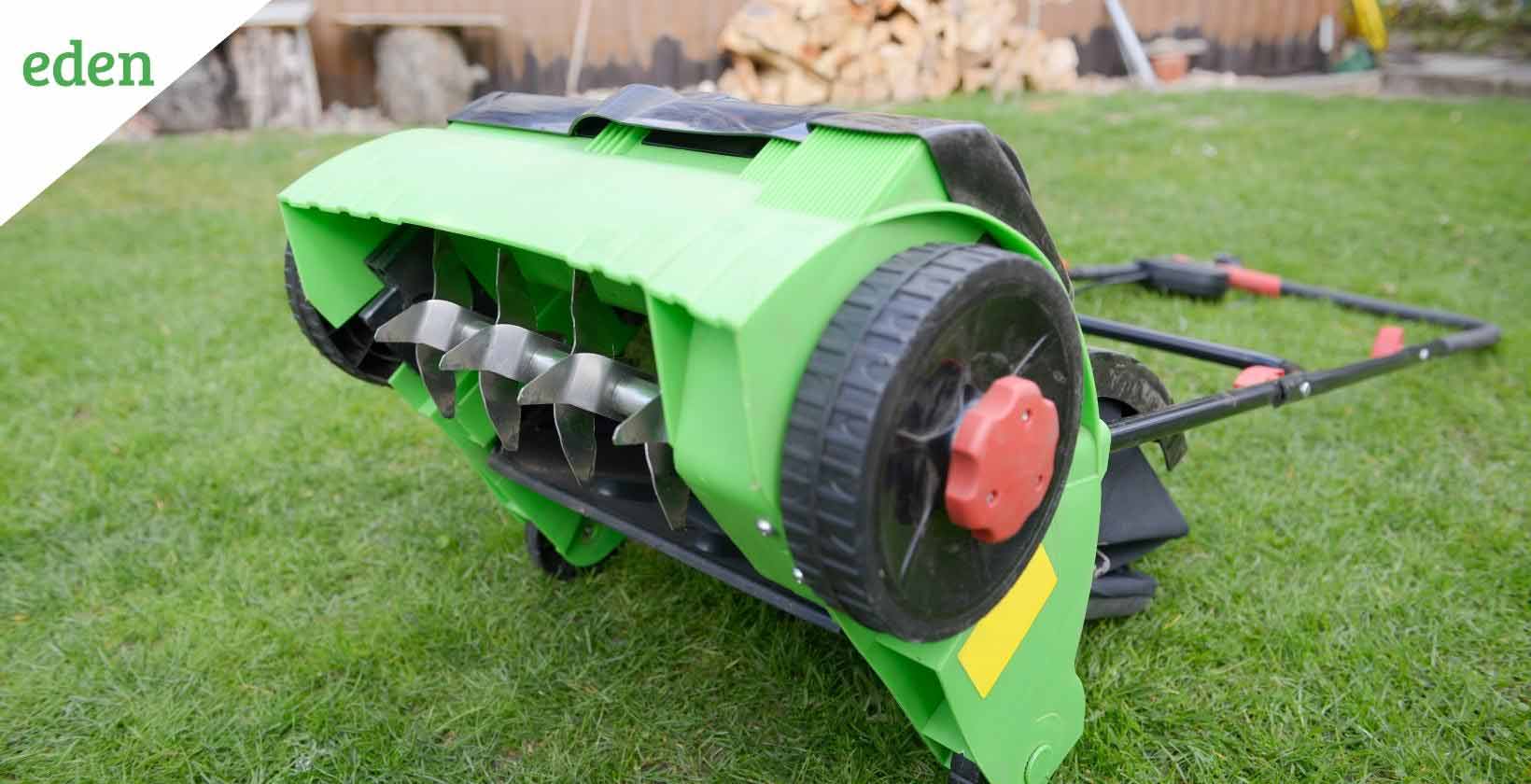 Edenapp discusses all these differences in detail and compares the prices, material, cost, effectiveness, ease of use, and popularity of spike aerators and plug aerators in this article.

What are the differences between Spike vs. Plug Aerators? 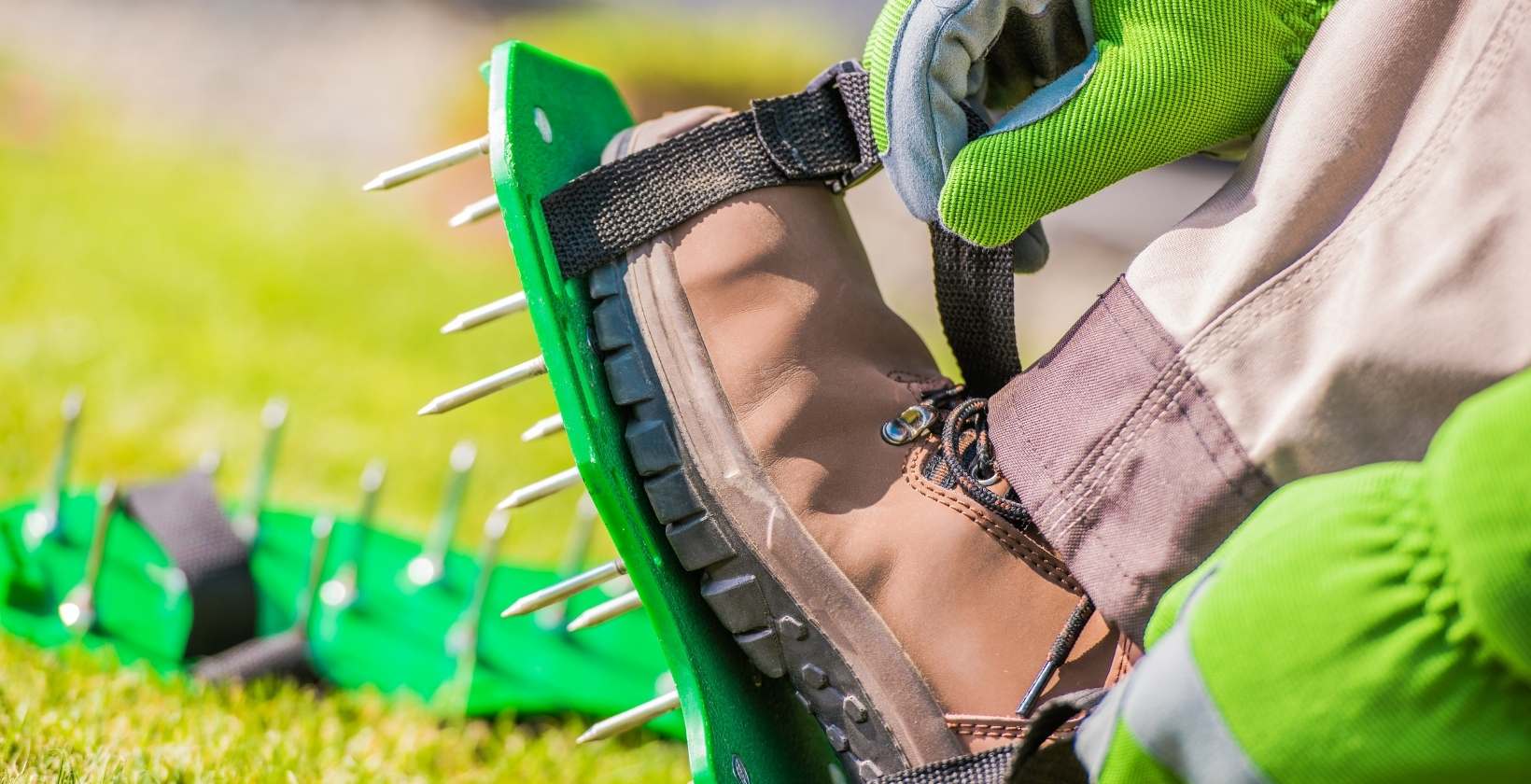 Use Differences between Spike and Plug Aerators

Additionally, spike aerators are used to produce short-term results as their mode of operation does not allow the soil to remain loose for long periods. Since spike aerators do not remove any soil but just push them aside, the holes they create are temporary, and they get filled quickly. On the other side, plug aerators remove plugs of soil from the lawn, reducing the amount of soil. The remaining soil at the side of each plug is then broken down to fill these removed plugs, thus providing more room and improving breathability in the soil.

The most commonly used material to construct spike aerators is steel; this can be stainless steel, galvanized steel, or heat-treated steel. Other heavy-duty metal alloys are also used, and some spike aerator shoe attachments are made of PP material (polypropylene). Plug aerators also are most commonly constructed with heavy gauge steel, but polypropylene is not used in this type of aerator as it is not heavy enough to dig and remove plugs of soil. 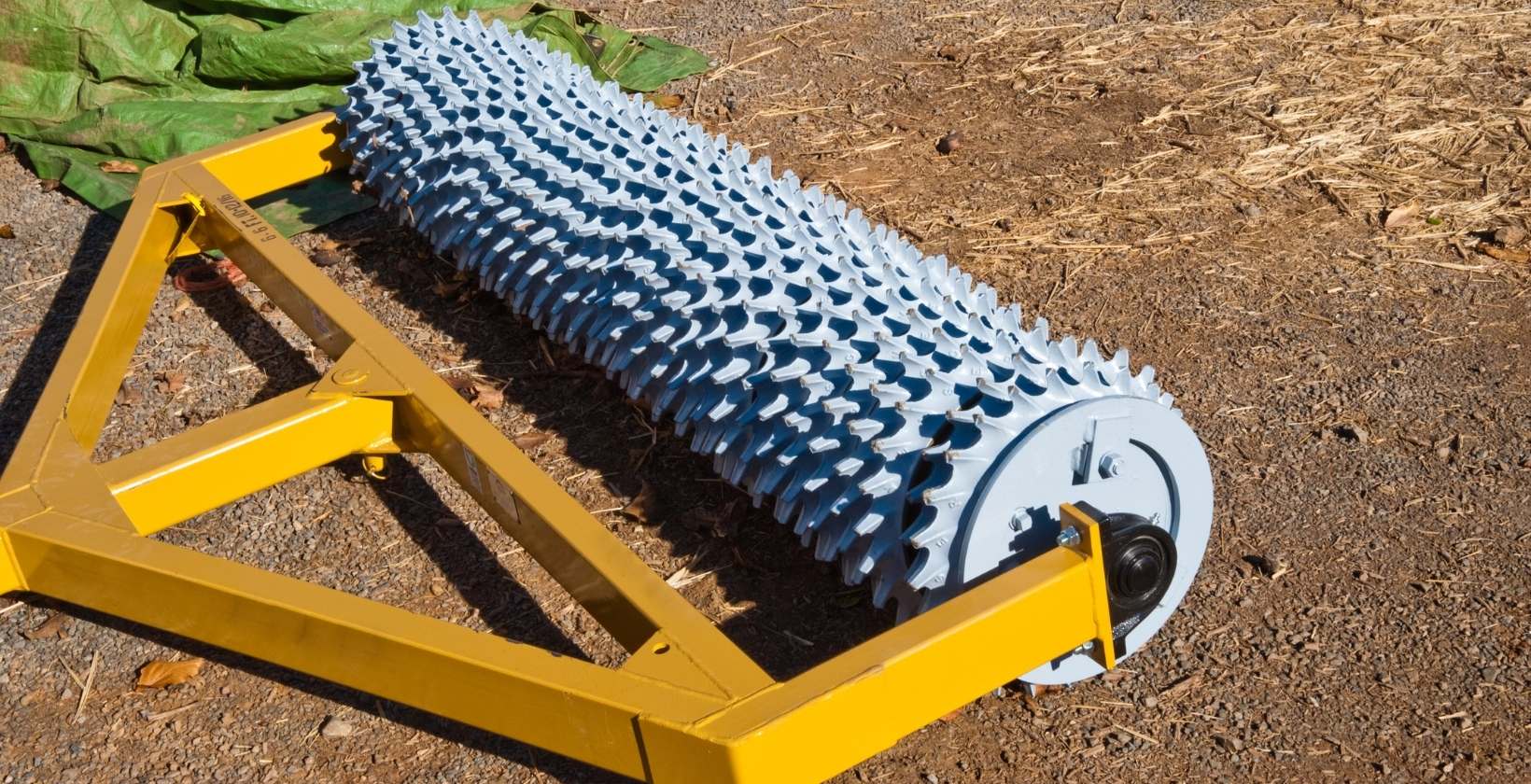 The tines of spike and plug aerators are shaped differently. Spike aerators have solid tines or spikes that allow them to punch holes in compacted soil, while plug aerators have hollow tines that penetrate into the compacted soil to collect plugs of soil and grass and remove them. While the spikes of a spike aerator can be attached to shoes, hand-to-foot lawn aerators, drums, push aerators or metal frames, the spikes of plug aerators are generally only attached to metal frames along with the manual hand-to-foot lawn aerator. These attachment differences also produce different shapes, as, unlike spike aerators, plug aerators can never be in the shape of a shoe attachment.

Which one is easier to use, plug or spike aerator?

Spike aerators are easier to use than plug aerators as their operation is mostly manual. The spike aerator shoe attachments can be easily strapped onto shoes, and the push spike aerator requires no preparation and thus can simply be pushed like a lawn roller. Plug aerators are typically mechanical, and thus their assembly is a bit more complicated. They are larger and heavier and, therefore, generally need to be attached to tractors (for heavier attachments) or riding lawn mowers (for small-sized attachments).

Additionally, plug aerators need favorable conditions for effective operation; the lawn needs to be moist when you aerate it using a plug aerator, as the hollow spikes will not be able to remove plugs of dry soil. But, the soil should not be too saturated at the same time as this will cause the plugs to get stuck in the aerator. Since plug aerators remove plugs of grass from the lawn and cut some of their roots, they should be used during the growing season of grass (around early spring) as this will allow the grass to grow back fast.

When you’re using spike aerators, you don’t have to pay special attention to the season or to the conditions of the soil. Since spike aerators don’t affect the growth of grass, they can be used at any time of the year, and they produce the same results in both dry and moist soils.

Which one is more effective, plug or spike aerator?

A plug aerator provides more effective aeration than a spike aerator. Spike aerators punch holes in the soil without removing any soil, and this only serves to push the soil downwards and towards the sides when the spike of the aerator penetrates the soil. While this can relieve mild compaction, the soil at the sides fills these holes, and the soil becomes compact again over time. Also, when the spike pushes the soil downwards, it increases core compaction. This reduces the effectiveness of spike aeration.

Plug aerators penetrate the soil with hollow tines and then remove the soil and grass plugs that are collected in the hollow spikes. The soil surrounding the plugs that have just been removed is then broken down to fill in the bare plugs, loosening compaction. Thus plug aeration is more effective as it reduces the amount of soil in the lawn, providing more room for the remaining soil. The results produced by plug aeration last longer than those produced by spike aeration.

Which one is more popular, plug or spike aerator?

Which one is used by lawn services more, spike or plug aerator?

Most professional lawn services prefer using plug aerators over spike aerators. As mentioned above, plug aerators are more effective than spike aerators and produce long-term results. When soil is heavily compacted, it is essential to remove some of it to make more space, and this is what a plug aerator does. The remaining soil is then broken down to fill in the bare space, this loosening compaction. This type of aeration lasts for a long time and provides a more effective flow of air, water and nutrients due to the extra space that has been created.

Spike aerators do not remove any soil and simply push it to the sides and downwards. The holes created this way do not stay open for long and are filled in fairly quickly, thus making the soil compact again. Moreover, the spike aerator’s act of pushing down the soil only increases the core compaction of the soil. Due to these reasons, most professional landscapers do not prefer using spike aerators.

Lawn aeration is essential for a thick, healthy and lush lawn as it will ensure all the water and nutrients you supply to the soil can be accessed by the roots of your turfgrass. Edenapp provides aeration service with high-quality professional equipment that will give you the best results. To avail of this service, you can visit Edenapp’s website or contact us through phone or email.

From selecting the right seasonal plants to installing an outdoor kitchen, our landscaping services can do it all for you. Contact us today for a stunning landscape!