Lawn care, landscaping and snow removal in Barrie, ON made simple

August 9th 2020
Landscape design refers to the tools and guidelines that landscape designers use to create attractiv...
Read more

How to Maintain Your Lawn in August

What are the Basics of Lawn Fertilization

August 3rd 2020
Beautiful lawns aren’t a product of nature but are created through careful nurturing and maintenance...
Read more
Check out the Eden Blog for more tips and tricks. 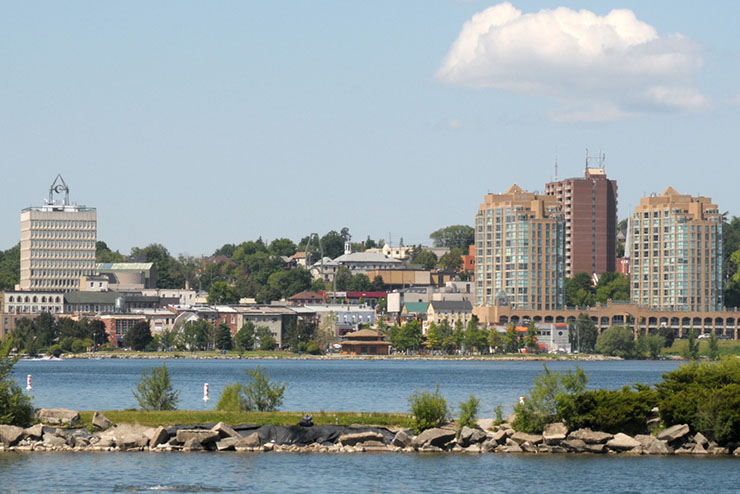 We’re proud to serve Barrie, ON

Welcome to your Eden page for Barrie, ON. Get a free quote and order from top rated contractors in Barrie. Lawn maintenance, snow removal and landscaping companies are available for hire from the ease of your computer and smartphone.

Barrie is a city, and manifesting regional centre in Central Ontario, Canada, positioned on the shores of Kempenfelt Bay, the western arm of Lake Simcoe. The city is located geographically within Simcoe County, however, it is a politically independent single-tier municipality. It is part of the historically significant Huronia region of Central Ontario and is within the northern part of the Greater Golden Horseshoe, a densely populated and industrialized region of Ontario. As of the 2016 census, the city's population was 141,434 making it the 34th largest in Canada in terms of population proper. The Barrie census metropolitan area (CMA) as of the same census had a population of 197,059 residents, making the city the 21st largest CMA in Canada. The city itself has seen significant growth in recent decades due to its emergence as a bedroom community, and its relatively close proximity to the city of Toronto. Barrie is situated approximately 86.6 kilometres (53.8 mi) from the Toronto Pearson International Airport and 109 kilometres (68 mi) from Downtown Toronto, representing the city's highly centralized and historically strategic geographical orientation and its ease of access to major centres and airports across the region.

Barrie is located in the central portion of Southern Ontario, approximately 80 km (50 mi) north of Toronto, 303 km (188 mi) south southeast of Sudbury, and 412 km (256 mi) west southwest of Ottawa, within the Greater Golden Horseshoe subregion. It is additionally located approximately 38 km (24 mi) southeast of the sought-after summertime destination, Wasaga Beach, and 112 km (70 mi) south of the Muskoka District Municipality and cottage country, accessible via Highways 26, 400, and 11.

Barrie's historic downtown area is situated in a distinct curved or wrapped valley, surrounding the western edge of Kempenfelt Bay. The terrain is generally flat near the city's centre, with small but relevant hills and valleys being prominent astride the aforementioned. Moving up the valley slopes toward the city's north and south ends, and the terrain can be rather steep in some areas. The earth flattens considerably just outside the city's limits to the south and northeast, especially beyond the airport where vast expanses of vegetation and farmland are most notable. The land surrounding Barrie is rich with agricultural activity. Barrie falls into Plant Hardiness Zone 5b.

The city does not have any major rivers within its limits but does have numerous creeks and streams, most of which empty into Kempenfelt Bay.

Barrie has a humid continental climate (Köppen climate classification Dfb), with warm, humid summers, and cold, snowy winters. The city is situated on Lake Simcoe, a climatically insignificant body of water. Barrie is located in close proximity to Georgian Bay, which, along with the Great Lakes, act as a "buffer" of sorts, moderating year-round temperatures to a fair extent, while combined with the lake effect can spawn blinding snow squalls in the winter, and strong thunderstorms in the spring and summer.

Neighborhoods We Service in Barrie, ON

May 4th 2020
With the joy of homeownership, comes a little maintenance and work along the way. And for many homeo...
Read more

May 18th 2020
Our in-depth guide to landscaping will take you through a Landscaping 101, helping you to envision t...
Read more
Check out the Eden Guide for more tips and tricks.