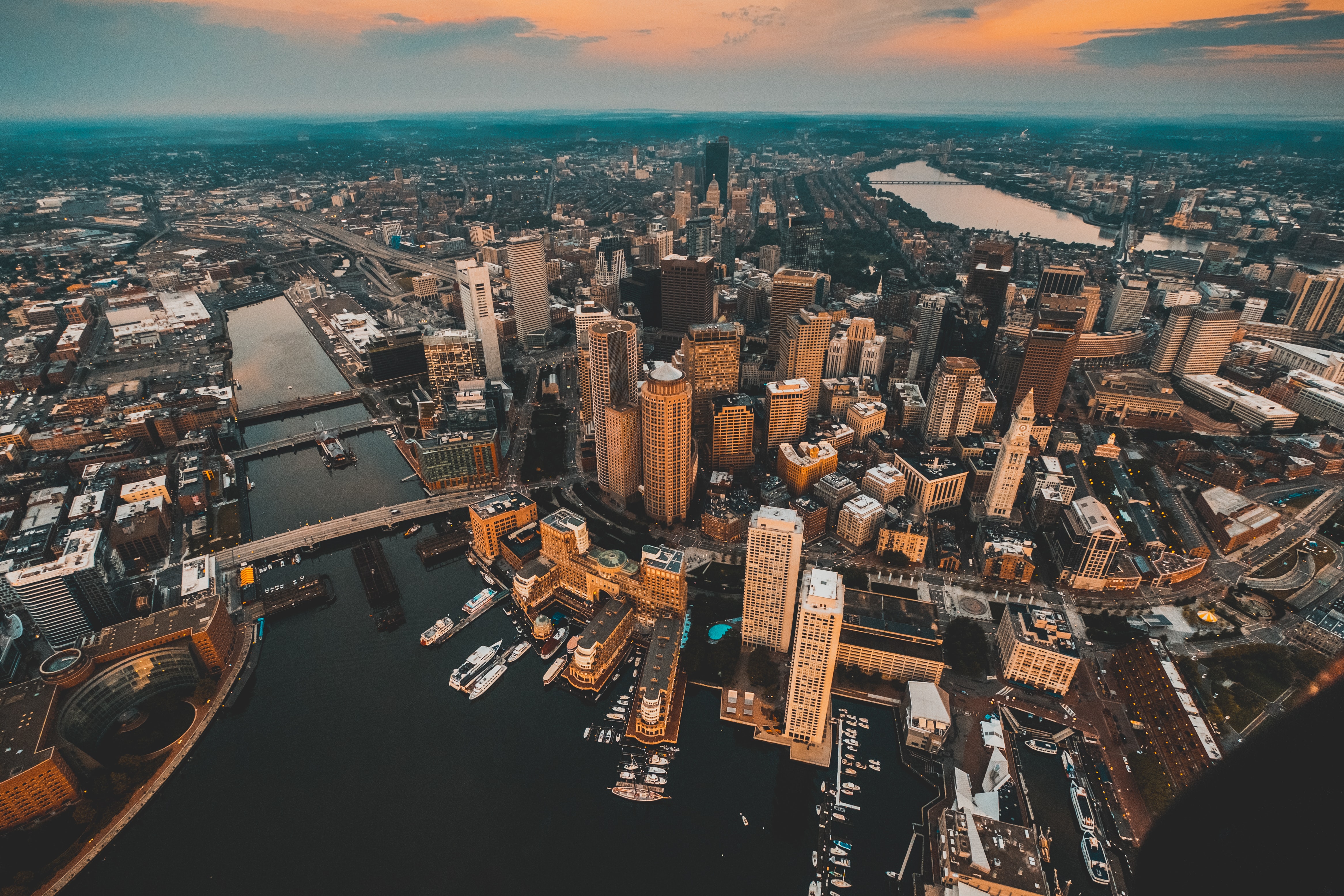 Boston is a historic city in the heart of Massachusetts. One of the oldest cities in America, Boston is now much more than a place with a rich historical heritage. It has grown into a fascinating cultural center with a thriving arts and entertainment industry; culinary excellence and exciting sports activities. Check out more about this remarkable city below.

Boston is the Commonwealth of Massachusetts’ capital city. Sitting on the shores of the Atlantic Ocean, it is also the most populous city in Massachusetts. This bubbling city is the center of a much bigger urban metropolis known as the Greater Boston Area, and it is the seat of Suffolk County – although the county’s government has been disbanded. The city, nestled on Massachusetts Bay in the northeastern part of the country, has several waterways like the Mystic River, Chelsea Creek and the Charles River passing through it, with its shorelines being a significant harbor in the Greater Boston region.

As one of the oldest municipalities in the country, Boston is a place with a rich historical and cultural heritage. Today, it has one of the most prosperous economies in the U.S., with several commercial and financial organizations. The city is ranked highly on the list of innovative and educationally advanced metropolitan areas in the world, with many universities and colleges including the prestigious Harvard University, the Massachusetts Institute of Technology (MIT), Boston University and Brandeis University in the region. Industries ranging from Information Technology to agriculture; biotechnology to business investment; manufacturing and production call this vibrant city home. A famous tourist destination, Boston has trendy shopping malls and boutique outlets, exquisite dining locations, world-class hotels, and accommodation options, Victorian architecture styled buildings, recreational parks including the oldest park in the U.S. – Boston Common, and sports centers like the iconic Fenway Park, and so much more. With fun events like the Boston Orchestra, Boston Arts Festival and many more events held yearly too, Boston has all the features of an exciting cosmopolitan city and then more.

Geographically, Boston, Massachusetts, spans over a total area of 232.14 km2 (89.63 sq mi), which includes about 106.73 km2 (41.21 sq mi) of water and 125.41 km2 (48.42 sq mi) of substantial land area. Sitting on the shores of the Atlantic Ocean, this city and its harbor bounded by nearby towns and cities; with Lynn to the north, Quincy and Milton sit to the south beyond the Neponset River, and the Bolton Harbor Islands National Recreation Area to the east. The city has several rivers and creeks, with almost half of its entire area covered by water.

Boston’s climate can be best described to be sitting in a transitional zone between two climates. Depending on the isotherm used, this urban area is classified under the humid continental climate Dfa (under the 0oC (32.0oF) isotherm) or the humid subtropical climate Cfa (under the -3oC (26.6oF) isotherm – both under the Köppen climate classification. Also, South Boston, Downtown, and East Boston lie at a USDA plant hardiness zone 7a while the rest of the city lies at zone 6b. The Atlantic Ocean moderates Boston’s climate, and as such, it gets a lot of sea breeze, with fog during early summer. Its coldest month is January with an average temp of −1.7°C (29.0°F), while its hottest month, July, has an average temperature of 23.0°C (73.4°F). Snowfall in the city of Boston is relatively unpredictable with February usually seeing snowfall of up to 34 inches. As such, regular snow clearance is needed during the winter season. Before any snow clearance is done, it is best to know the city’s snow removal regulations and adhere to them; or better still, contact a snow removal company to clear snow from your sidewalks or front yard.

What Effects Do Grubs Have on My Lawn in Boston, MA?

Grubs are common lawn pests in Boston and can be very harmful to your turf. The typical lawn grubs found in the Boston area are beetle larvae, also called “White Grubs.” These grubs damage the roots of your grass by feeding on them and also consuming the organic matter in the soil. Grubs also attract critters and birds, which can trample on and destroy lawns in a bid to feed on the larvae in the soil. If not checked and controlled early enough, grubs have detrimental effects on your lawn.

How Do I Get a Beautiful, Natural Lawn in Boston, MA?

Every landscaper or homeowner wants to have a lush, attractive lawn to beautify their surroundings and probably share on social media too. There are several ways to get a beautiful yard, but if you’re thinking about going purely natural, here are some steps to get that healthy, thick lawn.

Are there laws on Landscaping in Boston, MA?

Having outlined the steps above, here’s the type of climate and a list of conditions you can consider fulfilling to attain the best lawn care in Boston, MA.

• Best Water Pattern: every other day during June-August

• When to Fertilize: Fall – for cold-season grasses only.

Neighborhoods We Service in Boston, MA

April 7th 2020
An essential part of homeownership is enjoying outdoor spaces and embellishing your property with a ...
Read more
Check out the Eden Guide for more tips and tricks.