Lawn care and landscaping in Fort Lauderdale, FL made simple 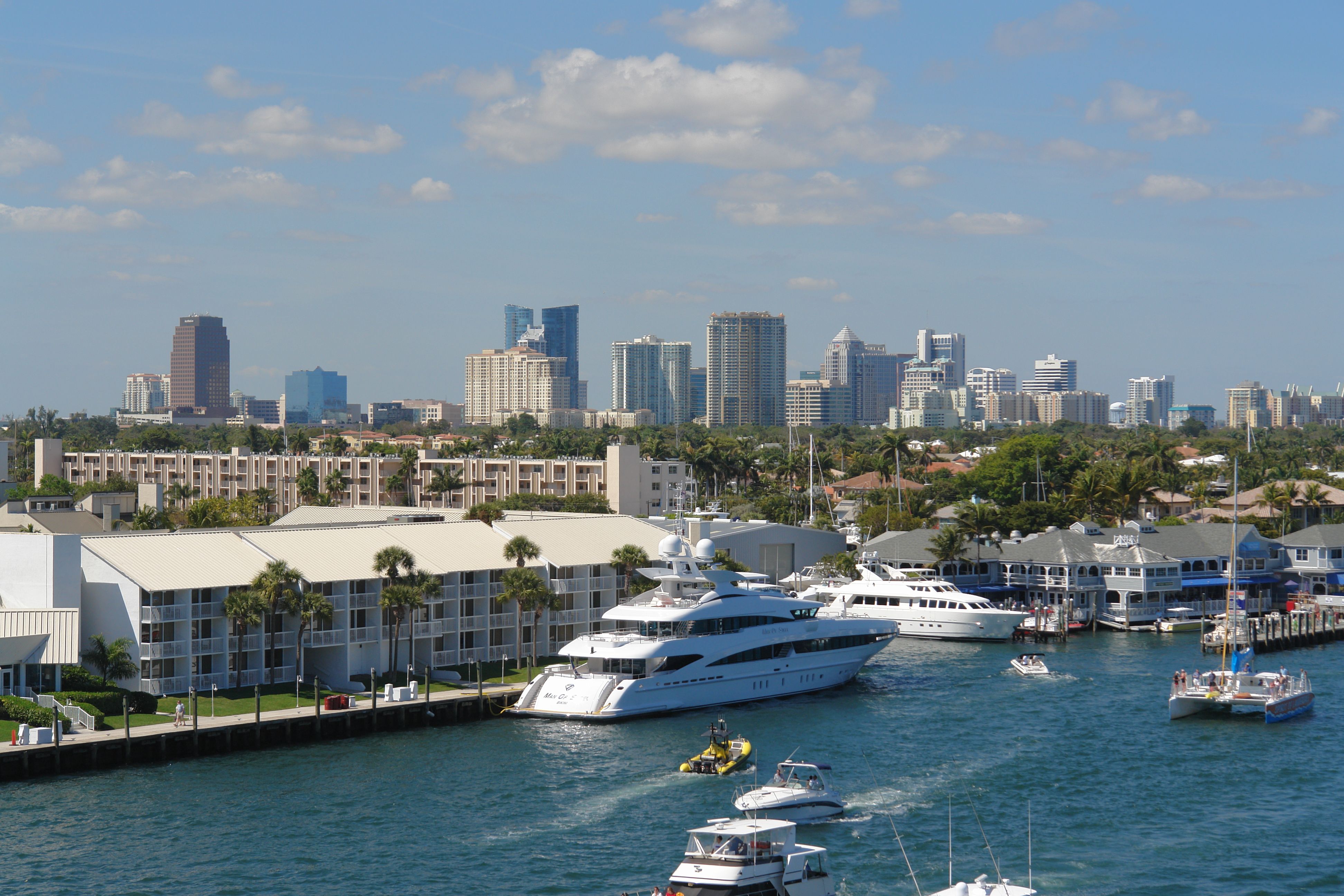 Welcome to your Eden page for Fort Lauderdale, FL. Get a free quote and order from top rated contractors in Fort Lauderdale. Lawn maintenance, snow removal and landscaping companies are available for hire from the ease of your computer and smartphone.

The city is a popular tourist destination, with an average year-round temperature of 75.5 °F (24.2 °C) and 3,000 hours of sunshine per year. Greater Fort Lauderdale, encompassing all of Broward County, hosted 13 million overnight visitors in 2018. There were over 560 hotels, and nearly 36,000 hotel rooms. From that, the county collected nearly $87 million from its 5% hotel development tax it charges. Additionally, 3.89 million cruise passengers passed through its Port Everglades, making it the 3rd largest cruise port in the world. Greater Fort Lauderdale has over 4,000 restaurants, 63 golf courses, 12 shopping malls, 16 museums, 132 nightclubs, 278 parkland campsites, and 100 marinas housing 45,000 resident yachts.

Fort Lauderdale is named after a series of forts built by the United States during the Second Seminole War. The forts took their name from Major William Lauderdale (1782–1838), younger brother of Lieutenant Colonel James Lauderdale. William Lauderdale was the commander of the detachment of soldiers who built the first fort. Development of the city did not begin until 50 years after the forts were abandoned at the end of the conflict.

Three forts named "Fort Lauderdale" were constructed: the first was at the fork of the New River, the second was at Tarpon Bend on the New River between the present-day Colee Hammock and Rio Vista neighborhoods, and the third was near the site of the Bahia Mar Marina.

Off the coast of Fort Lauderdale is the Osborne Reef, an artificial reef made of discarded tires that has proven to be an ecological disaster. The dumping began in the 1960s, with the intent to provide habitat for fish while disposing of trash from the land. In the rugged and corrosive environment of the ocean, however, nylon straps used to secure the tires wore out, cables rusted, and tires broke free. The tires posed a particular threat after breaking free from their restraints. The tires then migrated shoreward and ran into a living reef tract, washed up on its slope and killed many things in their path. In recent years, thousands of tires have also washed up on nearby beaches, especially during hurricanes. Local authorities are now working to remove the 700,000 tires, in cooperation with the U.S. Army, Navy and Coast Guard.

According to the Köppen climate classification, Fort Lauderdale has a trade-wind tropical rainforest climate (Köppen Af). While the city does not have a true dry season, much of the seasonal rainfall comes between May and October. Winters are frequently dry and sunny, and drought can be a concern in some years. (see climate chart below).

The wet season runs from May through October, and weather is typically hot, humid, and wet with average high temperatures of 86–90 °F (30–32 °C) and lows of 71–76 °F (22–24 °C). During this period, more than half of summer days may bring brief afternoon or evening thunderstorms with lightning and bursts of intense rainfall. The record high temperature of 100 °F (38 °C) was recorded on June 22, 2009.

Annual average precipitation is 64.2 inches (1,630 mm), with most of it occurring during the wet season from May through October. Rainfall occurs in all months, however, even during the drier months from November through April. Fort Lauderdale has an average of 143 rain days and 250 sunshine days annually. The hurricane season is between June 1 and November 30 with major hurricanes most likely to affect the city or state in September and October. The most recent storms to directly affect the city were Hurricane Irma, in 2017, Hurricane Katrina and Hurricane Wilma, both of which struck the city in 2005. Other direct hits were Hurricane Cleo in 1964, Hurricane King in 1950, and the 1947 Fort Lauderdale Hurricane. 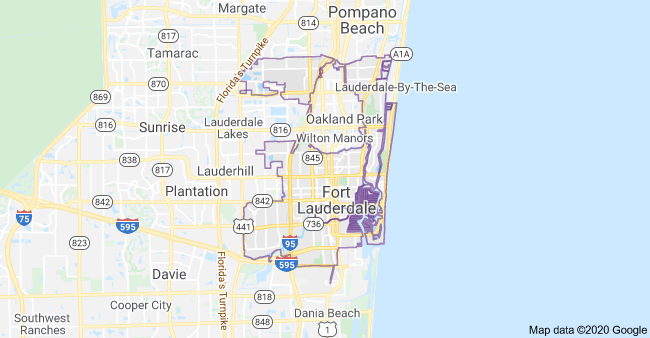