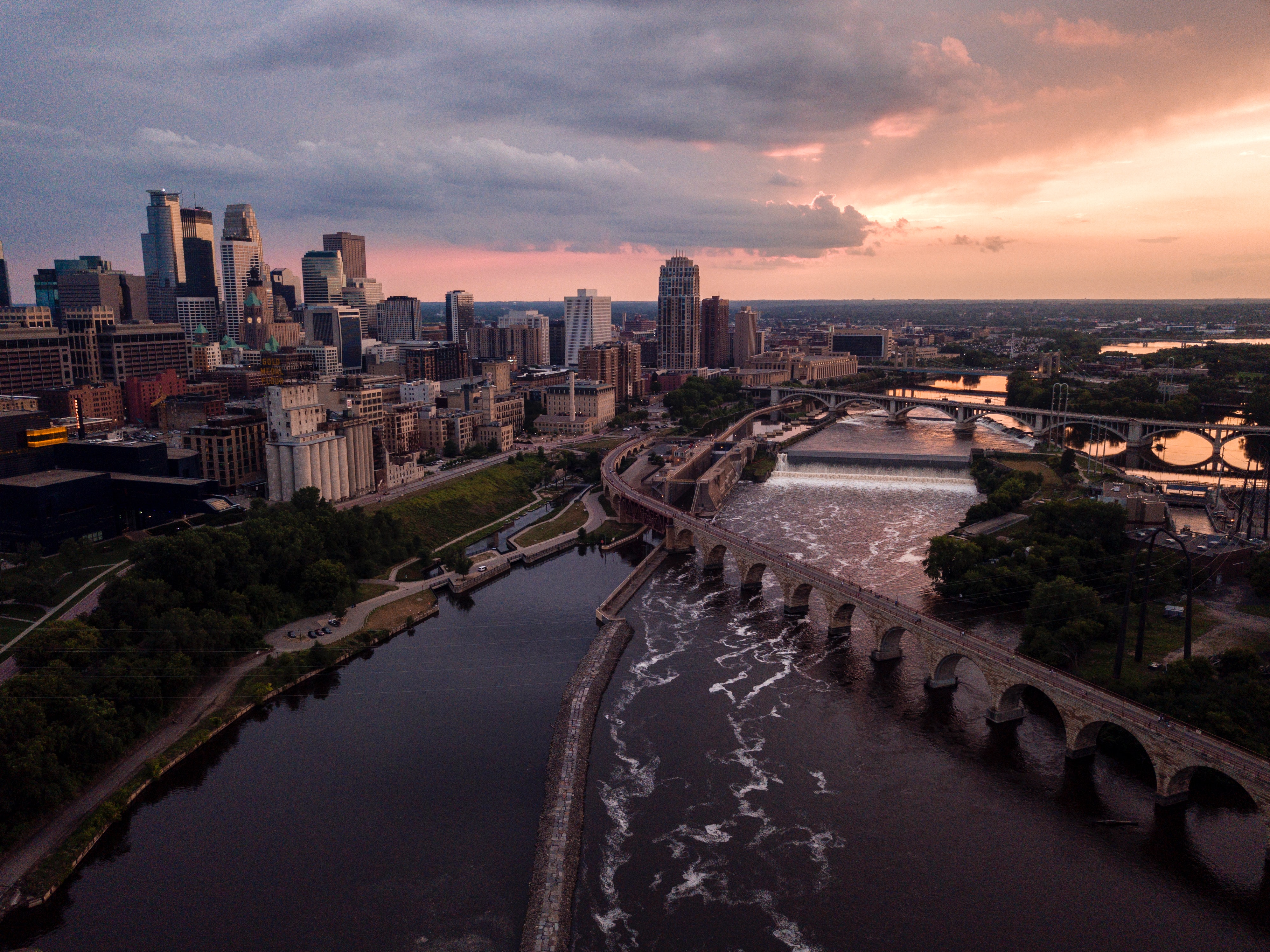 Minneapolis is a beautiful city in Minnesota, United States, full of life and many fun-filled activities. Regardless of its race complexities, the people here are accommodating. Famed for its transportation, commercial, healthcare, centers, it's also big on literature, music, charity, and food. Politically, most young professionals and families who reside in the city tend to be liberals. Many residents who live in this beautiful Midwest city are welcoming. Here are more details about this city.

Minneapolis, MN, is an appealing city located in Hennepin County and also one of the best places to live in Minnesota. Residents residing in Minneapolis enjoy a luxurious natural atmosphere and urban feel.

Big companies such as Target, Xcel Energy, Thrivent Financial, and U.S Bancorp have their headquarters in Minneapolis. It's also a center for theatre companies like the Guthrie Theater and Mixed Blood. With Theodore Wirth Park and Minnehaha Falls as examples, their park system is designed excellently and linked to bird sanctuaries, gardens, and lakes that attract many visitors every year. The city hosts high numbers of snow skiers, bicyclists, sport fishers and golfers.

Sitting on an artesian aquifer, Minneapolis spans a total area of 151.3 km2 (54 square miles). Minneapolis is positioned close to the point of intersection between the Mississippi River and Minnesota River. Adjoining with St. Paul at the East, it forms the largest metropolis in the U.S north-central region. Other suburban communities around include Brooklyn Park (northwest), Richfield, Columbia Heights (North), Bloomington (south), Plymouth and St. Louis Park (west)

Within its horizons are 22 lakes, 170 parks, and some lagoons. Its riverfront is part of the Mississippi National River and Recreation Area. Lake Minnetonka (which is 12 miles long, with 177 km of irregular shoreline) flows in the western suburban area. The city has a humid continental climate with long, cold winters and warm summers.

Minneapolis is part of a 15-canton metropolitan statistical area. Most of the lakes are shallow and are covered by ice during the winter season. It also experiences severe weather conditions such as freezing rain, blizzards, wind, tornadoes, and hail storms. However, the winter recreational weather is fantastic due to the dry snow that mostly reaches an average depth of 10 inches.

The city makes inhabitants and visitors safe during the snow season by enforcing its rules and guidelines on snow removal. If you wish to shovel snow by yourself or hire a snow removal company, use these resources to get acquainted and understand the laws guiding snow removal in Minneapolis:

How Do I Prepare My Perennials for Winter in Minneapolis?

Do not fertilize perennials during the midsummer to discourage them from growing and hardening off before the arrival of winter. Use mulch or compost to protect plants from late spring frosts. We recommend you put the mulch after the ground freezes because perennials mostly stay dormant during winter for a longer time.

How Important Is Watering During Winter?

You must water them even though shrubs and trees don't require as much water as they would during the summer heat. Continue applying water once every week until the ground freezes. It is proper to water mid-morning to prevent ice build-up when the temperature falls.

When Should I Apply Fertilizer?

Spruce, Pine, and fir stop growing in June and put out new growth during spring. You can stop applying fertilizers to these trees by the end of June. Other evergreens such as yew and juniper grow throughout mid-summer so you can use fertilizers till the end of July. Annual crops should be fertilized all through their growing season.

Here are also the most suitable conditions you can grow healthy lawns in Columbus, OH.

What Are the Landscaping Laws for Minneapolis, MN?

Minneapolis consists of eleven official communities, namely Calhoun-Isles, Longfellow, Camden, Central, Nokomis, Phillips, Near North, Northeast, University, Southwest, and Powderhorn. There is a landscape law regulating growing and plant height and trees in Minneapolis. Use these resources for more information:

Neighborhoods We Service in Minneapolis, MN

April 7th 2020
An essential part of homeownership is enjoying outdoor spaces and embellishing your property with a ...
Read more
Check out the Eden Guide for more tips and tricks.