Lawn care, landscaping and snow removal in Ottawa, ON made simple

What is The Best Way to Melt Snow?

July 5th 2020
The result of a snowstorm can cause inconveniences. It becomes even worse after the street plow has ...
Read more

At What Age Should You Stop Shoveling Snow?

July 4th 2020
Snow shoveling is a physical exercise, similar to running full speed on a treadmill. Add that to the...
Read more

June 29th 2020
A beautiful and well-manicured landscape is every gardener's dream. But then, weeds happen [https://...
Read more
Check out the Eden Blog for more tips and tricks. 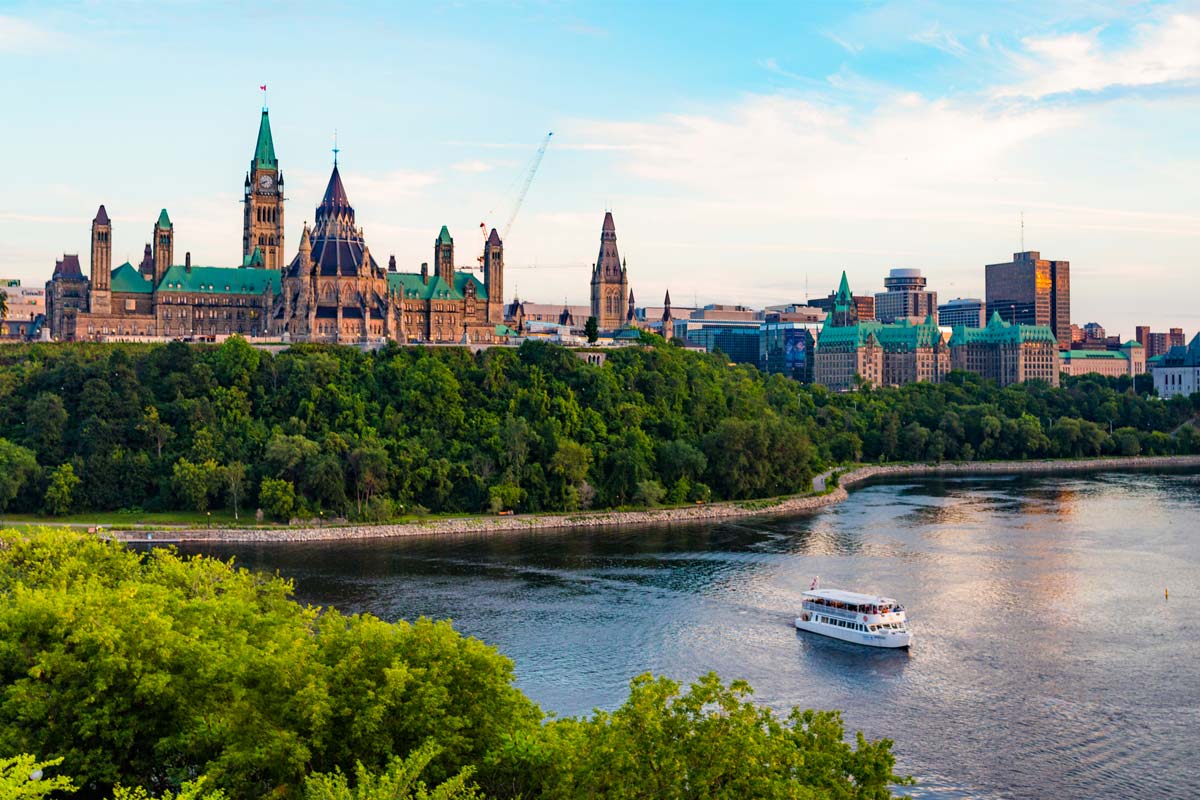 We’re proud to serve Ottawa, ON

Welcome to Ottawa, Canada’s Capital city. This dynamic, multicultural city has the second-highest quality of living in the entire North America. Incredibly diverse, Ottawa has so much to see and experience, from its bubbling entertainment scene to its high level of industrialization; culture and arts, culinary and historic sites. Here is more about the third cleanest city in the world, Ottawa.

Ottawa is the capital of Canada. Situated to the east of southern Ontario, this massive city located on the south bank of the river it's named after, the Ottawa river. Ottawa is the fourth-largest city in Canada, with a population of over a million. Quebec and Gatineau border this dynamic urban center, and the three cities – along with several smaller towns – form the National Capital Region (NCR). They also form the principal parts of the Ottawa–Gatineau census metropolitan area (CMA). From downtown Ottawa on the south bank to Centretown on the west, this city has a distinctly cosmopolitan vibe.

The capital city of Canada is its political center, amongst other important things. This city has the highest educated population in the country, and it’s also home to several impressive educational and research institutes including the University of Ottawa and Carleton University. Aside from education, Ottawa is also a significant economic and financial center in the country. It is host to numerous business organizations and corporations including popular companies like Nokia, IBM, Adobe, Corel and many more, which in turn has helped improve the standard of living in the city. The vibrant town is bubbling with activities ranging from winter festivities like Winterlude to celebrations like St. Patrick’s Day; special art exhibitions to cultural heritage displays including the Canadian War Museum, The Canadian National Museum, The Aviation and Space Museum, etc. It boasts of an efficient public transport system so getting around is easy, world-class museums, galleries, outdoor fun centers, parks, upscale restaurants and a vibrant nightlife, beautiful hotels, trendy boutiques, and shopping districts, and beautiful landscapes.

The geography of Canada’s federal capital city, Ottawa, spans over an area of 2,790.30 km2 (1,077.34 sq mi). The town nestled at the confluence of three major rivers: The Ottawa River, the Rideau River, and the Gatineau River, and bounded by the counties of Prescott and Russell to the east; Lanark County and Renfrew County to the west; the united counties of Leeds and Grenville lie to the south as well as that of Stormont, Glengarry, and Dundas; and the city of Gatineau borders Ottawa to the north. The town divides into parts, with the main downtown Ottawa located west of the Rideau Canal (which flows through the city), and its older part “Lower Town” situated between the rivers and the canal.

Ottawa has a cold and temperate climate, and witnesses four distinct seasons every year. Under the Köppen climate classification, the city’s climate is humid continental (Dfb) as it gets a significant amount of rainfall even during its dry months. It can get hot in Ottawa during summer, with the average temperature of its hottest month (July) around 26.6 °C (80 °F), and in winter, the average temperature of its coldest month (January) is −14.4 °C (6.1 °F). Snow and ice are standard features during winter, as even the Rideau Canal freezes over in Ottawa, turning into a giant ice skating rink. The city receives an average of 88 inches of snow annually. As a result, snow and ice removal are essential activities in Ottawa. The city works hard to ensure that roads and sidewalks are cleared, however, private properties have to be cared for by their owners. Ottawa has snow removal regulations to guide private property owners on ice clearing as well as good snow removal companies that can be hired to do the job.

Who Is Responsible for Snow Removal in Ottawa, On?

The city is in charge of removing snow from roads, streets and sidewalks. However, it is the duty of the home proprietors to remove snow windrow from their pavements and driveways. Snow windrow is a heap of snow that collects on street sides and entrances in the course of plowing. Check here for what to expect after a winter storm. After snowfall, if your sidewalk hasn’t been unblocked in forty-eight hours call 3-1-1.

How Can I Make the Sidewalks Safe During Winter?

The city of Ottawa makes available DIY grit boxes in an attempt to keep the pavements secure. They are several near sharp hills and in neighborhoods that have many people using mobile tools, the elderly and foot-travelers. You can do your part by scattering the grit on slippery points on footways and other problematic areas. Here's a chart of grit box positions.

How Do I Stay Safe While Snow Plows Are Operating?

Make sure there’s a long gap between you and the plows while they are working. Be patient because they move little by little while clearing snow, scattering salt and smearing anti-ice to streets. Don’t walk beside or past a snow plow, their blades have broad spans and an impact could lead to a fatal accident. In addition, do not drive beside a plow and move aside when you see them advancing. Beware of reduced visibility caused by powdery clouds from the snow plows. instruct your kids to frolic far from the streets. They shouldn’t build snow castles or forts on the road.

What Are the Guidelines for Removing Snow From My Property?

Don’t shovel ice or snow into the park, street or sidewalk. Make sure the fire hydrants are snow-free and open catch basins on your grounds when the weather gets better. Here are steps to help you out with your snow removal process. If you are a senior, disabled, incapacitated, with a health issue, or you simply don't feel like removing snow yourself, please employ snow removal specialists to remove snow for you.

Landscaping FAQs in Ottawa, ON

When should I Overseed My Lawn in Ottawa, ON?

Overseeding is a management process that involves replenishing the planted grass seeds by adding more seed. The best time to overseed your lawn is during the fall season (mid-August to mid-September). Our advice is to maintain the overseeded area in a moist condition always until germination occurs.

When should my Lawn Be Fertilized?

Most of the grasses in Ottawa are cool-season grasses. These types of grass have two periods of growth, first in Spring when the lawn starts growth after winter dormancy, and then in early fall. It is best to apply fertilizers before planting in Fall and Early Spring when they are growing back.

What are the laws on lawn maintenance in Ottawa, ON?

Ottawa has rules guiding maintenance of properties in the city, including yards and buildings. These laws also regulate lawn maintenance, and they can be found here: Ottawa Property Laws.

Here is a summary of the type of climate and a list of conditions you can consider fulfilling to attain the best lawn care in Ottawa, Ontario.

• Best Water Pattern: every other day during June-September

• When to Fertilize: Early Spring and Fall

Recommended Services for Ottawa, ON

Neighborhoods We Service in Ottawa, ON

May 18th 2020
Our in-depth guide to landscaping will take you through a Landscaping 101, helping you to envision t...
Read more
Check out the Eden Guide for more tips and tricks.